37 countries, including Pakistan and Saudi, defend China in UN letter over Xinjiang

UN ambassadors from 37 countries, including Pakistan and Saudi Arabia, have released a letter defending China`s "contribution to the international human rights cause" in the Xinjiang region, in direct response to Western criticism earlier this week. 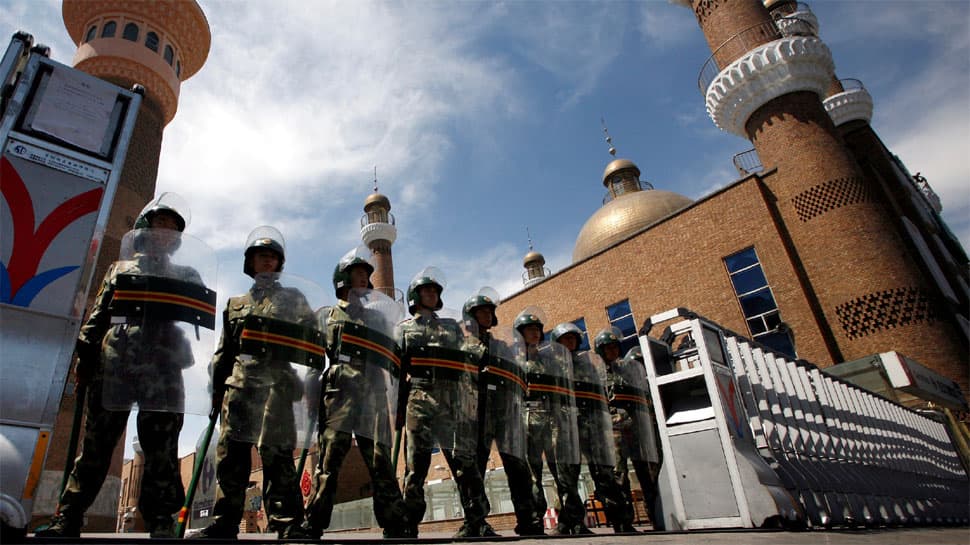 Chinese paramilitary police in riot gear stand guard across the entrance to a large mosque in the centre of the city of Urumqi (Reuters photo)
Share:
Edited By:

Geneva [Switzerland]: UN ambassadors from 37 countries, including Pakistan and Saudi Arabia, have released a letter defending China`s "contribution to the international human rights cause" in the Xinjiang region, in direct response to Western criticism earlier this week.

On July 10, a group of 22 countries, including the member states of the European Union, joined by Japan, Australia, Canada and New Zealand, issued a statement urging China to stop the mass detention and arbitrary incarceration of ethnic Uighurs and other Muslims in its western Xinjiang region, The New York Times reported.

On Friday a diverse group of states -- including Russia, Saudi Arabia, Nigeria, Algeria and North Korea -- replied on Beijing`s behalf, claiming China had faced terrorism, separatism and religious extremism in Xinjiang, the vast northwest region that is mainly Muslim. But through counterterrorism measures and vocational training, these states said, China had restored peace and security there.

"We note with appreciation that human rights are respected and protected in China in the process of counterterrorism and de-radicalisation," they said in the letter to the UN.

China denounced the West`s letter as "distortions" and "hypocrisy" of the Western media, and insisted that the region`s people "feel much better and much more happy and secure.

"Chinese diplomats further suggested that China`s experience in tackling terrorism could even be usefully shared with other countries.

China has been condemned internationally for setting up detention camps, which it describes as "education training centres" helping to stamp out "extremism" and give people new skills.