Fourteen candidates are registered but the race will likely come down to incumbent President Ashraf Ghani and his former deputy Abdullah Abdullah. 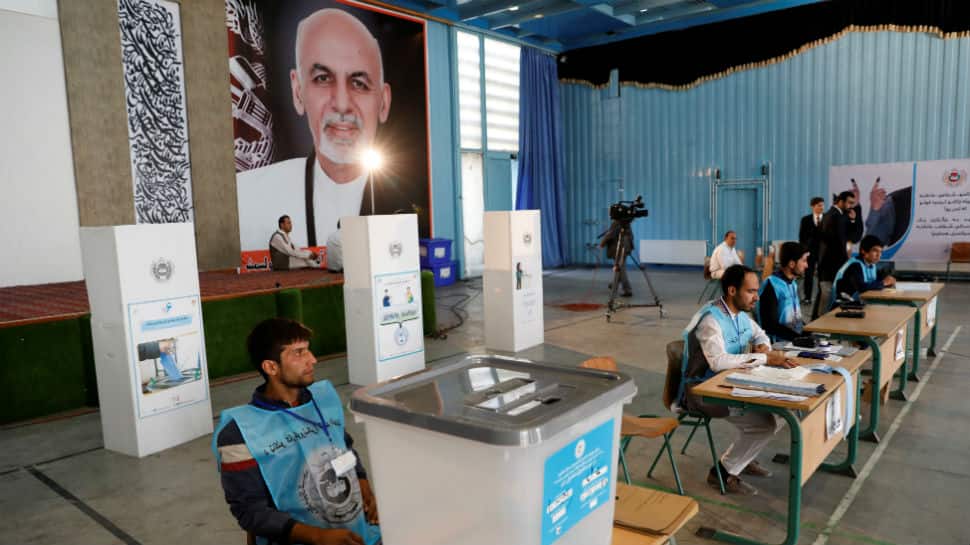 KABUL: Afghans braved the threat of militant attacks and delays at polling booths to vote in a presidential election on Saturday, a major test of the Western-backed Afghan government`s ability to protect democracy despite Taliban attempts to derail the polls.

More than 9 million registered voters are potentially heading to the polls amid attacks in several cities.

Fourteen candidates are registered but the race will likely come down to incumbent President Ashraf Ghani and his former deputy Abdullah Abdullah.

The winner will play a crucial role in the country`s quest to end the war with the Taliban and any resumption of talks between the insurgents and the United States that were called off earlier this month.

The hardline group, which controls more of the country than at anytime since its regime was toppled in 2001, has threatened voters to stay away from the election or face dire consequences.

To protect voters and polling stations, tens of thousands of Afghan forces were deployed across 34 provinces.

A senior defense ministry official said there were sporadic attacks but the election process was going well.

About 9.6 million of Afghanistan`s 34 million people are registered to vote for one of the 14 candidates at around 5,000 polling centres that will be protected by some 100,000 Afghan forces with air support from US forces.

"Bravado gets defined when one musters courage to cast their vote in Afghanistan," said Roya Jahangir, a doctor based in the capital of Kabul.

Jahangir said she and her husband will vote even if it means standing in long queues for hours.

"We hope this time there is no fraud -- otherwise voters will feel cheated once again."

In the northern province of Balkh, voters waited for election officials to arrive at polling stations set up in schools, colleges, mosques, hospital campuses and district centres.

An explosion at a polling station in a mosque in the southern Afghan city of Kandahar wounded 14 people, according to a security source. In the northern Faryab province, Afghan forces clashed with Taliban fighters in six districts, forcing people to stay indoors and refrain from voting.

The hardline Islamist group intensified attacks against the Afghan and foreign forces following the collapse of talks between the U.S. and the Taliban earlier this month.

US-led airstrikes have led to the destruction of Taliban and Islamic State hideouts but dozens of civilians caught in the crossfire were killed and injured in the attacks this month.

Western diplomats in Kabul said the potential resumption of talks depends on the scale of attacks conducted by the Taliban to prevent elections.

"Talks can only begin if the Taliban exercises restraint and allows people to vote," said a diplomat overseeing the elections.

More than 400 polling centres will remain closed because they are in areas under Taliban control. Hundreds more will be closed because of security concerns.

Shamsuddin, a resident of Dehdadi district in northern Balkh province, said polling stations were not open due to overnight clashes between the Taliban and Afghan forces.

The voting process is another source of concern. The country`s Independent Election Commission (IEC) has come under criticism for issuing contradictory and unclear statements over what processes will be in place to prevent fraud if biometric systems fail during the eight hours of voting.

Shaharzad Akbar, head of the Afghanistan Independent Human Rights Commission, tweeted that the biometric identification process initially resulted in errors before she was able to vote in Kabul."The process is too lengthy," she said.

Four of the 18 candidates registered to contest for the top job have dropped out of the race, but their names remain on the biometric voting devices.

Chief contenders Ghani and his former deputy Abdullah both came to power in 2014 after a bitterly contested election marred by fraud.

“I thank God that today that people’s vote will help the republic of Afghanistan to move forward," Ghani said, casting his ballot in a Kabul high school.

Abdullah cast his ballot at a different Kabul school. "The threats to innocent people do not show the strength of the Taliban," he said.

Afghanistan’s political scene is still tainted by the aftermath of the disputed presidential vote in 2014 which forced the two main rival groupings to form an unstable partnership. Both sides were accused of massive electoral cheating.

Western security sources and Afghan officials said they had asked local media not to sensationalize threats and attacks, concerned that they could discourage voting.

The election is the fourth presidential vote since the fall of the Taliban to US-led forces.

Due to the difficulty of collecting and collating results across Afghanistan, the overall results will not be known before November 7.