Critics have said Republicans want to engineer a deliberate population undercount in Democratic-leaning areas where many immigrants live in order to gain seats in the House. 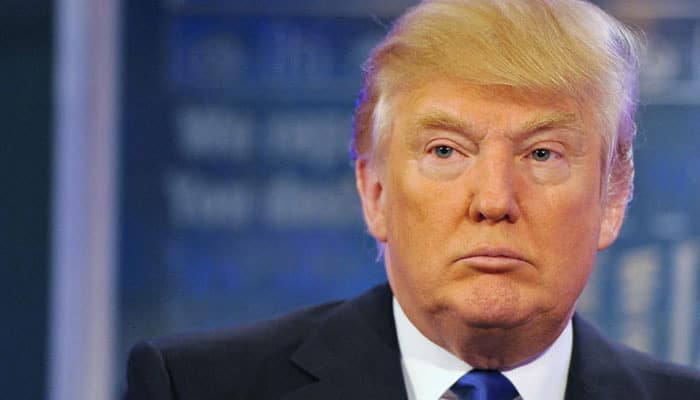 WASHINGTON: President Donald Trump asserted executive privilege on Wednesday to keep under wraps documents on adding a citizenship question to the 2020 U.S. census, defying a House panel`s subpoena in another move to stonewall Democratic lawmakers` investigations.

Despite Trump`s assertion of the legal doctrine, the House of Representatives Committee on Oversight and Reform pressed forward with its plans to vote on holding two members of Trump`s Cabinet - Commerce Secretary Wilbur Ross and Attorney General William Barr - in contempt of Congress over the census matter.

The fight over adding a citizenship question to the census presents high stakes for both Republicans and Democrats, with the 2020 U.S. elections looming. The U.S. Supreme Court is due to rule by the end of this month in the Trump administration`s appeal of a judge`s ruling blocking the addition of the question as a violation of federal law.

The judge`s ruling came in a lawsuit by group of states including New York and immigrant rights organizations arguing that the inclusion of a citizenship question would frighten immigrants and Latinos into abstaining from participating in the decennial national population count because of fear of immigration enforcement.

Critics have said Republicans want to engineer a deliberate population undercount in Democratic-leaning areas where many immigrants live in order to gain seats in the House. The census population count also is used to guide distribution of billions of dollars of federal funds.

The Oversight Committee is looking into how the Trump administration devised its plan to add a citizenship question. The committee has said that Ross, whose department runs the census, told the panel that he added the question "solely" at the request of the Justice Department.

However, committee Democrats have said documents show that Ross "began a secret campaign" to add the citizenship question to the census questionnaire shortly after taking office and months before being formally asked to do so by the Justice Department. The committee has said that documents and testimony also showed that discussions about the matter between Ross and former Kansas Secretary of State Kris Kobach were "orchestrated" by Steve Bannon, a former close adviser to Trump.

Executive privilege is only rarely invoked by U.S. presidents to keep other branches of government from getting access to certain internal executive branch information. But Trump last month also invoked executive privilege to block a Democratic-led House panel from getting an unredacted copy of Special Counsel Robert Mueller`s report on Russian interference in the 2016 election to boost Trump`s candidacy.

Trump`s assertion of executive privilege drew further criticism from Democrats, including from Oversight Committee Chairman Elijah Cummings at a meeting he convened to vote on holding Ross and Barr in contempt.

"This does not appear to be a good faith effort at negotiation," Cummings said at the committee meeting. "Instead it appears to be another example of the administration`s blanket defiance of Congress`s constitutionally mandated authority. ... This begs the question: what is being hidden?"

Cummings said the committee will vote later in the afternoon on holding Ross and Barr in contempt for refusing to comply with a committee subpoena seeking the documents related to the decision to add the citizenship question. Representative Jim Jordan, the committee`s top Republican, accused Democrats of using the contempt charge in a bid to influence the Supreme Court`s pending ruling.

Democratic Representative Stephen Lynch called Jordan`s claim "absolutely ridiculous."  The administration has argued that the question would help better enforce a voting rights law, a rational that critics have said masks the move`s political motivation. Immigrant groups that sued the government alerted the Supreme Court last month of newly available evidence that they said shows the question was aimed at boosting the electoral power of Trump`s fellow Republicans.