The ex-Mrs Bezos wrote in her first tweet that she is grateful to have finished the process of dissolving her marriage with Jeff, the Amazon CEO. 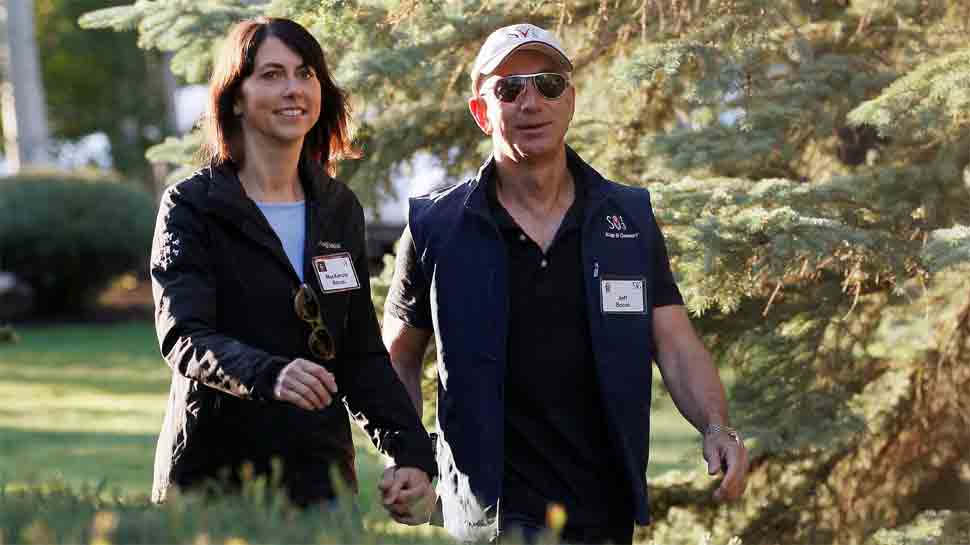 The ex-Mrs Bezos wrote in her first tweet, "Grateful to have finished the process of dissolving my marriage with Jeff with support from each other and everyone who reached out to us in kindness, and looking forward to next phase as co-parents and friends."

Bezos said she would keep 25 per cent of the couple's Amazon stock, which should give her a four per cent stake in the company. "Happy to be giving him all of my interests in the Washington Post, Blue Origin (private space company) and 75 per cent of our Amazon stock plus voting control of my shares," she tweeted.

Jeff Bezos, 55, re-tweeted MacKenzie`s statement and added in a separate post that he was grateful "for her support and for her kindness in this process."

The pair first broke the news about their divorce in January this year after 25 years of marriage. The rumours of the two living separately were doing rounds for a while then. Reports also did rounds of Jeff Bezos cheating on his wife with ex-news anchor, Lauren Sanchez, a claim he denied later.

The net worth of Jeff Bezos after Amazon took off is estimated to be around $150 billion.

Pakistan to release 360 Indian fishermen in its custody