India has good ties with both Armenia and Azerbaijan. The North-South international transport corridor goes from Mumbai to Chabahar via Azerbaijan to Moscow, something crucial for India's connectivity plans. 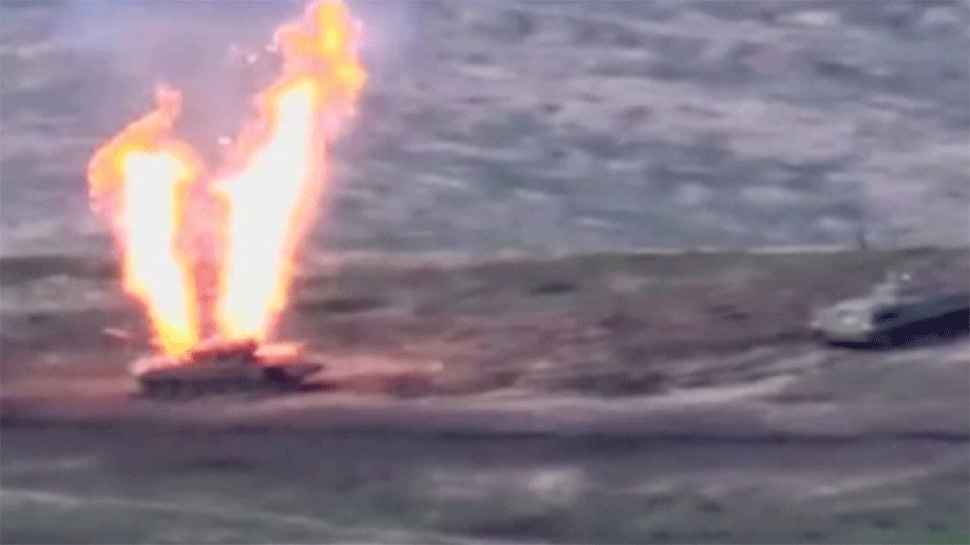 New Delhi: Worst clashes have broken out between Christian Majority Armenia and Muslim majority Azerbaijan over Nagorno-Karabakh, a dispute dating back 2 decades - a remnant of Soviet legacy.

The international community recognises Nagorno-Karabakh as an integral part of Azerbaijan. Ethnic Armenians form the majority of population in this region.

Global community have called for ceasefire and have urged Moscow which backs Armenia and Turkey that back Azerbaijan to deescalate the situation in order to avoid a major crisis. The clashes between the two former Soviet republics, which fought a war in the 1990s, were the latest flare-up of a long-running conflict over Nagorno-Karabakh, a breakaway region that is inside Azerbaijan but is run by ethnic Armenians.

As always, South Asia has its own views about. India has good ties with both Armenia and Azerbaijan. The North-South international transport corridor goes from Mumbai to Chabahar via Azerbaijan to Moscow, something crucial for India's connectivity plans.

Infact, in 2018, the then Indian External affairs minister Sushma Swaraj had visited Fire Temple in Baku in Azerbaijan. The temple was once used by Hindu and Zoroastrian communities, probably by visiting merchants from India as a place of worship. But when it comes to Armenia, it backs India on some key several fronts.

Last year in response to a WION question in New York on the sidelines of the united nations general assembly that Turkey has been raking Kashmir, Armenian PM Nikol Pashinyan said,"In the Kashmir issue we fully defend the Indian position and it is our firm position."

That time, Indian PM Narendra Modi had even met the Armenian PM. In a tweet, PM Modi said, "Held extensive deliberations with PM @NikolPashinyan. We talked about expanding India-Armenia cooperation in aspects relating to technology, pharmaceuticals and agro-based industries."

During the meet, PM Pashinyan referred to the popularity of Indian movies, music and Yoga in Armenia.

Moving on to Pakistan, and it is the only country in the world that does not recognize Armenia. Islamabad's close ties with Azerbaijan and Turkey have a substantial role in this decision. On expected lines, Pakistan was the first and only South Asian country to comment on the clashes so far, and in line with Turkish reaction backing Azerbaijan.

Pakistani foreign ministry said, "Pakistan is deeply concerned on the deteriorating security situation in Nagorno-Karabakh region. The intensive shelling by Armenian forces over the weekend on civilian populations of Azerbaijani villages of Terter, Aghdam, Fizuli and Jabrayil region is reprehensible and most unfortunate."

Adding," Pakistan stands with the brotherly nation of Azerbaijan and supports its right of self-defence. We support Azerbaijan’s position on Nagorno-Karabakh, which is in line with the several unanimously adopted UN Security Council resolutions."

And like Ankara, Islamabad doesn't recognize the Armenian Genocide during World War 1. During the world war one, Ottomans or present-day Turkey killed 1.5 million ethnic Armenians. Turkey continues to deny the genocide till this date but a number of countries including the US, Russia recognize it.