At least 10 dead, dozens missing after landslide in Myanmar

Heavy rain has pummeled southern Myanmar for days, causing flooding that has displaced at least 12,000 people, according to the United Nations. 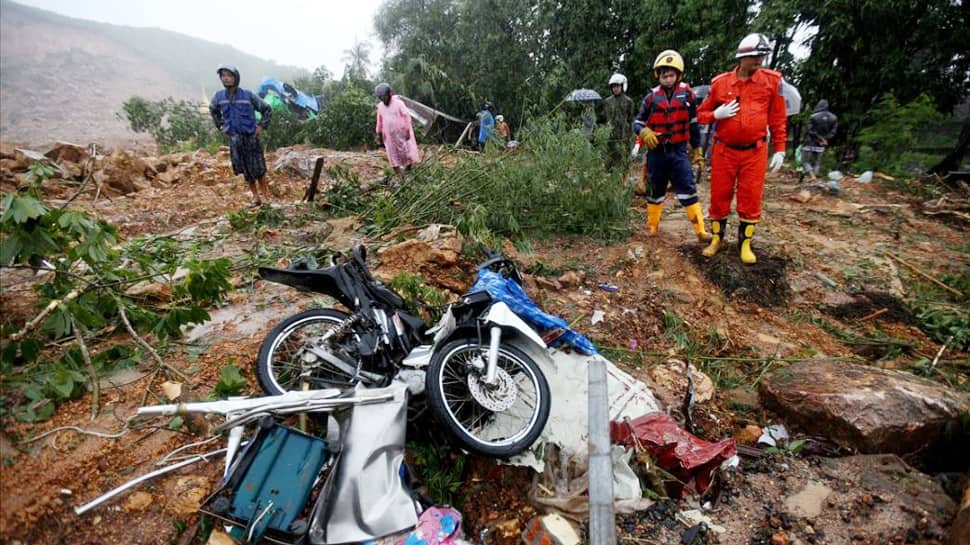 At least 10 people have been killed and dozens are missing after a landslide caused by severe rains buried homes and buildings in southern Myanmar, officials and rescue workers said on Friday.

Heavy rain has pummeled the south for days, causing flooding that has displaced at least 12,000 people, according to the United Nations.

Myo Myint Shein, chairman of the Mudon Rescue Association, said the death toll was 17 and expected to rise.

"I heard a loud sound and the ground was shaking," he told Reuters. "It's not possible to be alive after being hit by rock and soil."

The UN Office for the Coordination of Humanitarian Affairs said in a statement that houses and a school had been washed away in other townships. More heavy rainfall is expected in the coming days.