The meet has been organised by Russia that is heading the group this year and is assigned to host all the BRICS meets in 2020. 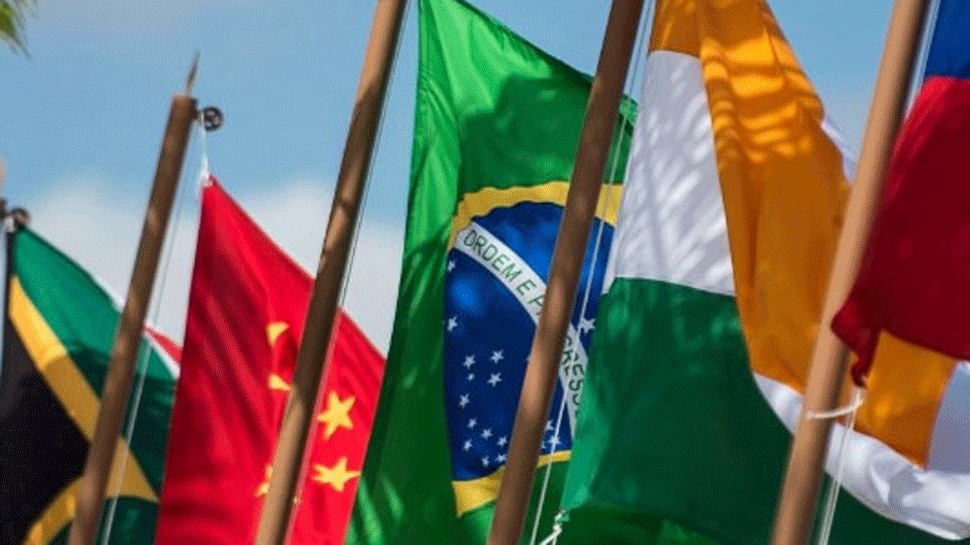 New Delhi: BRICS Foreign minister will meet on Tuesday (April 28, 2020) via video conference at 4.30 pm IST to discuss the COVID crisis. The BRICS nation is expected to discuss a possible joint strategy to deal with the crisis that has engulfed the world in this meet.

The meet has been organised by Russia that is heading the group this year and is assigned to host all the BRICS meets in 2020.

The matter was also discussed between Foreign Secretary Harsh V Shringla and Russian Deputy Foreign Minister Igor Morgulov in which both sides highlighted ways to have close bilateral cooperation in ensuring the welfare of each other’s stranded citizens in their respective countries due to COVID crisis. About 15,000 Indian students are stranded in Russia and about 5000 Russian tourists are stuck in India due to the pandemic situation.

Meanwhile, Russia has lauded India's decision to send medicines and called it a "noble" gesture, saying it will be reciprocated. Speaking to WION, Russian envoy to India Nikolay Kudashev said, "The generous decision of the government of India to lift the ban on the export of important medicines to treat COVID-19 patients despite the increased demand in this country was very much appreciated in Russia. Be sure, it will be reciprocated."

He also lauded India's "Comprehensive efforts" that resulted in a significant "decrease in the rate of infection". Last month Indian PM Modi and Russian President Putin had spoken on the COVID crisis issue.

Multilateral organizations like BRICS and  G20 are continuously seen making a coordinated efforts to deal with COVID crisis.