The possibility of PLA deployment to quell protests has hung over Hong Kong, but the city`s government, which ultimately answers to Beijing, has repeatedly said it can handle the situation. 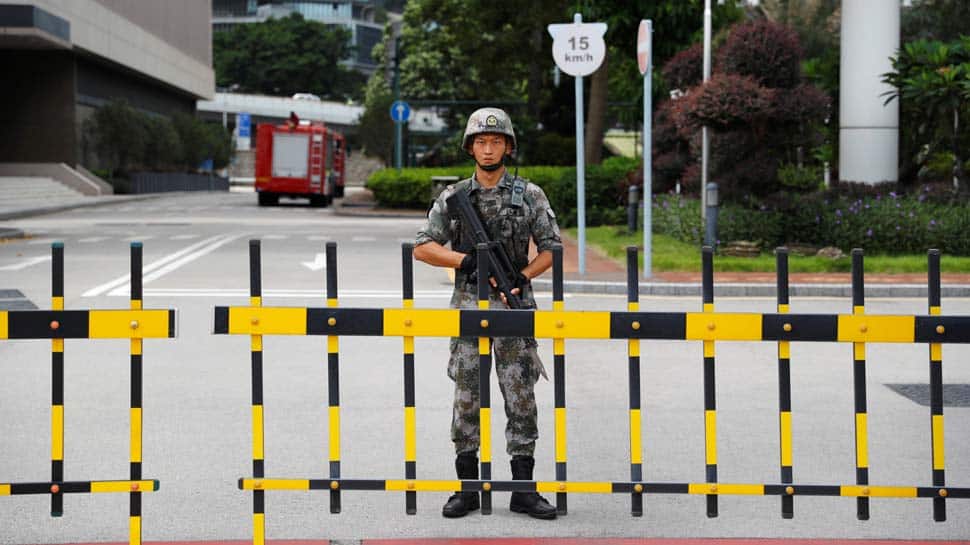 SHANGHAI: Chinese soldiers stationed in Hong Kong are not there merely for symbolic purposes and they will have "no reason to sit on their hands" if the situation in the city worsens, an editorial in the China Daily newspaper said on Friday.

China on Thursday completed what it called a routine rotation of the air, land and maritime forces stationed in the former British colony, which has been rocked since June by a wave of sometimes violent demonstrations.

A detachment of People`s Liberation Army (PLA) soldiers have been stationed in Hong Kong since the 1997 handover which ended British rule. They stage frequent drills but have seldom been seen outside their bases.

The possibility of their deployment to quell the protests has hung over Hong Kong, but the city`s government, which ultimately answers to Beijing, has repeatedly said it can handle the situation.

Analysts estimate the garrison numbers between 8,000 and 10,000 troops split between bases in southern China and a network of barracks in Hong Kong, which Beijing now administers as a Special Administrative Region (SAR).

"While the SAR government has so far not felt the need to call on the garrison, that does not mean it will not do so should the situation demand it," the China Daily editorial said.

"If the already ugly situation worsens, with the violence and unrest threatening to spiral out of control under the orchestration of secessionist-minded troublemakers, the armed forces stationed in the SAR will have no reason to sit on their hands," said the government-run English-language newspaper.

"The PLA garrison in Hong Kong is not merely a symbol of Chinese sovereignty over the city."

Hong Kong`s mini-constitution, the Basic Law, states that Hong Kong can request the garrison`s assistance to maintain public order but "they shall not interfere in local affairs".

Unrest in Hong Kong escalated in mid-June over a now-suspended extradition bill that would have allowed people to be sent to mainland China for trial in Communist Party-controlled courts.

It has since evolved into calls for greater democracy under the "one country, two systems" formula, which guarantees freedoms not enjoyed on the mainland, including an independent judiciary.