US President Donald Trump has reportedly given CIA necessary authorisation to carry out drone strikes against terror groups, a move that could have implications for Pakistan. 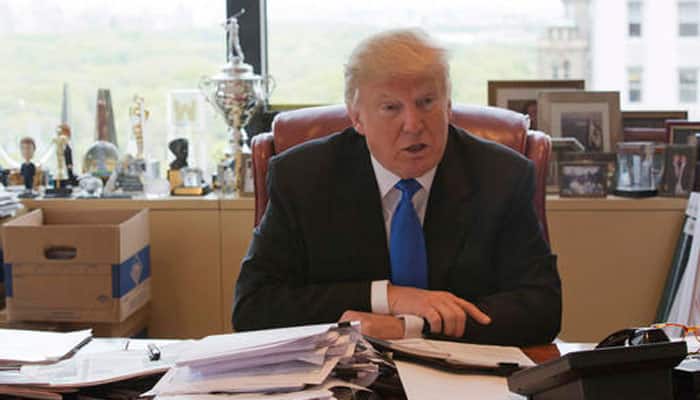 Washington: US President Donald Trump has reportedly given CIA necessary authorisation to carry out drone strikes against terror groups, a move that could have implications for Pakistan.

This is a change from the policies of the previous Obama Administration under which the Department of Defence was authorised to carry out such strikes and the CIA used drones to gather intelligence information, The Wall Street Journal reported, citing unnamed sources.

The White House and the CIA have so far not responded to the news report.

According to the daily, Trump gave such an authorisation to the CIA not long after he visited its headquarters on January 21.

"The Trump administration is also giving the military more authority to conduct operations on its own without first getting a sign off from the Pentagon or the White House," the report said.

The report said Trump's unexpected decision to give the CIA the strike authority created ferment inside the US government within days of his visit, as US military officials scrambled to respond to the new directive.

According to New America's research -- a Washington DC based think-tank -- before Obama changed his policy and only authorised the Department of Defence to carry out drone strikes, CIA's drone strikes were mostly used in Pakistan.

It has resulted in the death of at least 1,904 people and the figure could be as high as 3,114, US scholars Peter Bergen and David Sterman wrote in CNN on January 21, a day after Trump was sworn in as the US President.

US drone strikes were halted in the last eight months of the Obama Administration.

In recent weeks, top Pentagon generals have expressed concerns over the continued presence of terrorist safe havens in Pakistan.
CIA drone strikes were quite successful in elimination of high profile terrorists from the safe havens of Pakistan.

"The United States has killed more than 50 al-Qaeda and Taliban leaders in Pakistan since the beginning of the CIA drone campaign," Bergen and Sterman wrote in the CNN op-ed.

At the same time they warned that before taking a decision on reviving drone strikes in Pakistan, the Trump administration should take into account that the US is quite unpopular in Pakistan.