Imran Khan, a cricketer-turned-politician, came under the scanner of the Election Commission of Pakistan for not maintaining the secrecy and casting his vote in full view of the media and cameras. 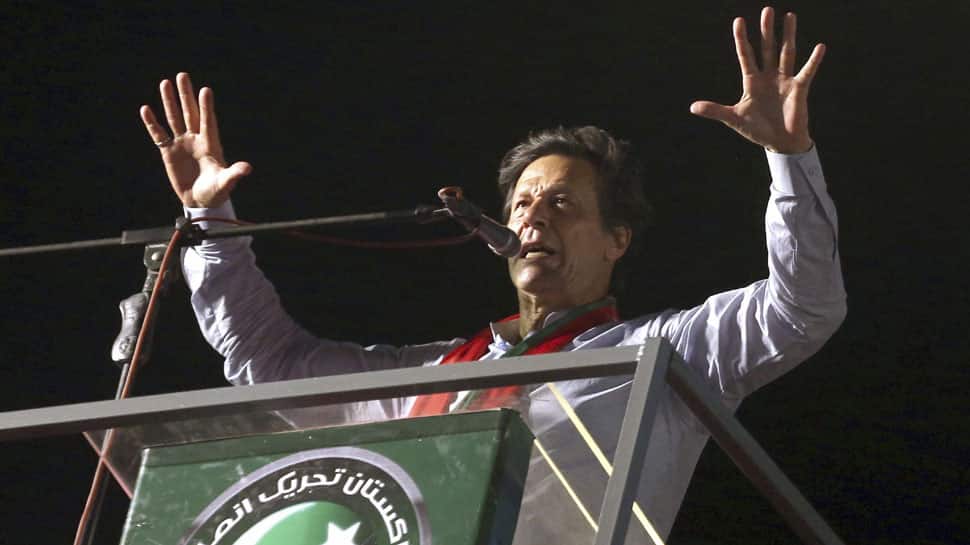 Islamabad: Pakistan Tehreek-e-Insaf chief Imran Khan's vote from a parliamentary seat in Islamabad, from where he is also contesting the general elections, may be cancelled by the election commission for allegedly violating the code of conduct, according to media reports on Wednesday.

President of the Pakistan Muslim League-Nawaz (PML-N) Shahbaz Sharif and former foreign minister Khawaja Asif may also face action after the poll panel took serious note of them interacting with the media after casting their votes.

Khan, a cricketer-turned-politician, came under the scanner of the Election Commission of Pakistan for not maintaining the secrecy and casting his vote in full view of the media and cameras.

The ECP may now cancel his vote for Islamabad's NA-53 constituency, the Dawn reported.

The poll body took notice of the Pakistan Tehreek-e-Insaf chief, the PML-N leader and Asif speaking to media after casting their vote, a senior ECP official said.

"Actions may be taken against politicians who delivered speeches and those who voted on-camera, with their every move being monitored (by the ECP)," ECP spokesperson Nadeem Qasim was quoted as saying by the Express Tribune.

He also added that media house has been directed not to air these speeches as they violate fundamental rules of the ECP.

Reacting to the report, the Pakistan Tehreek-e-Insaf, in an official statement, said that the party chief hasn't violated any election rules, and has instead urged the ECP to take note of the fake news.

"Taking notice against a particular party's leader may present an unbalanced view and compromise the elections," the party said.

Meanwhile, in Karachi, seven persons, including a woman, were arrested for allegedly taking part in rigging during the elections.

According to police, the arrested persons were polling agents of political parties.

They were arrested on the instructions of presiding officers for violating polling rules, they added.

"They all are polling agents of three different political parties whose candidates were contesting on NA-238 Karachi," DIG Amir Farooqi said.

They had brought with them downloaded copies of forms 40 and 45 from the ECP website, he said, adding that the forms were supposed to be provided to the polling agents by their concerned presiding officers.

But since they brought the forms with themselves, the presiding officer deemed it a violation and reported the incident, the official said.