The computer hacker faces the prospect of extradition to the United States. 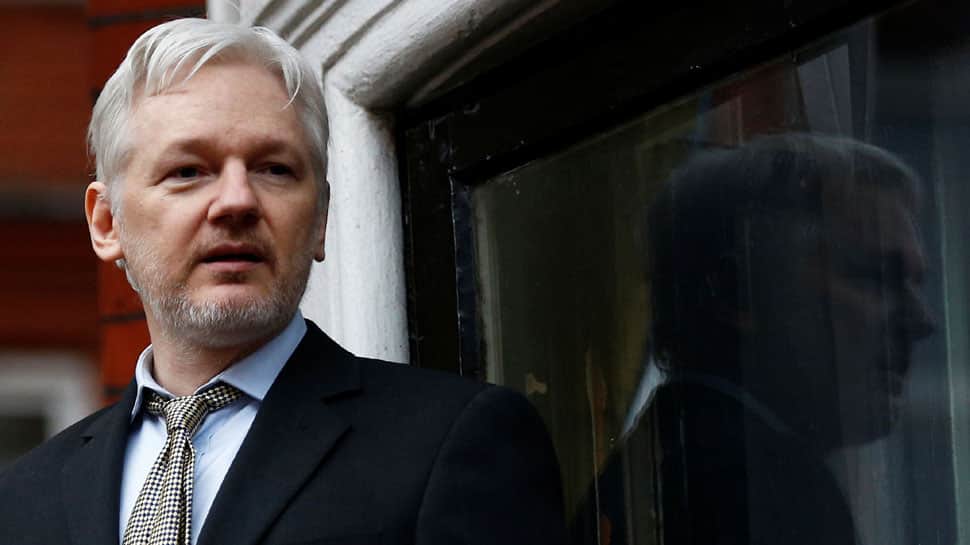 LONDON: WikiLeaks founder Julian Assange was arrested by British police on Thursday after Ecuador withdrew its asylum which had allowed him to take refuge in the Ecuadorean embassy in London for the last seven years. The computer hacker faces the prospect of extradition to the United States. He was also found guilty in a British court on Thursday of breaking bail terms dating back to 2012.

WHO IS JULIAN ASSANGE?

The 47-year-old Australian-born Assange founded WikiLeaks in 2006 and it published secret official information including hundreds of thousands of diplomatic cables, infuriating the United States and other countries.
Assange`s supporters see him as a hero who challenges censorship and champions free speech. Others say he risked security by revealing secret documents.

WHY WAS HE IN ECUADOR`S EMBASSY IN LONDON?

In November 2011, London`s High Court said Assange should be extradited to Sweden for questioning over alleged sex crimes after accusations by two former WikiLeaks volunteers in 2010. After losing an appeal, Assange took refuge in Ecuador`s embassy in June 2012 to avoid being extradited. He was granted political asylum by the anti-American left-wing former Ecuadorean president Rafael Correa.

Assange remained in the embassy after Sweden dropped the investigation against him in 2017, fearing the United States wanted to prosecute him.
Sweden`s then Chief Prosecutor Marianne Ny said in 2017 that the Swedish probe could be reopened should the situation change.

WHY DID ECUADOR CHANGE ITS MIND ABOUT ASSANGE?

In 2017 elections, Correa was replaced as Ecuadorean president by Lenin Moreno who has since moved Ecuador`s foreign policy to a more U.S.-friendly stance. He has been openly critical of Assange in recent months, calling him an inherited problem and accusing him of violating the rules of his asylum.

WHAT SECRETS DID WIKILEAKS REVEAL?

In July 2010, WikiLeaks released more than 91,000 documents, most of them secret U.S. military reports about the war in Afghanistan. In October of that year, it released another 400,000 classified military files chronicling the war in Iraq from 2004 to 2009.

WHAT CHARGES DOES ASSANGE FACE IN THE UNITED STATES?

After years of speculation that Assange was a wanted man in the United States, U.S. prosecutors announced charges against him after his arrest on Thursday, accusing him of conspiring with former Army intelligence analyst Chelsea Manning to gain access to a government computer.
His arrest paved the way for his possible extradition to the United States. Assange would face up to five years in prison on the U.S. charge.

WHAT HAS ECUADOR SAID SINCE THE ARREST?

Ecuador`s Moreno said the South American country had complied with its duties to Assange under international law and he accused Wikileaks of repeatedly violating the rules of his asylum, including a provision which was meant to stop him intervening in the internal matters of other countries.

A leak of Vatican documents in 2019 was the most recent example of Assange violating that policy, Moreno said in a video posted on Twitter.
"I requested Great Britain to guarantee that Mr Assange would not be extradited to a country where he could face torture or the death penalty," Moreno said. "The British government has confirmed it in writing, in accordance with its own rules."

WHAT HAS THE UNITED KINGDOM SAID SINCE THE ARREST?

"I am sure that the whole House will welcome the news this morning that the Metropolitan Police have arrested Julian Assange," Prime Minister Theresa May told parliament. "This goes to show that in the United Kingdom no one is above the law."

Foreign Secretary Jeremy Hunt said it was right that Assange`s should be decided in the British judicial system. "Julian Assange is no hero. He has hidden from the truth for years and years," Hunt told Sky News.

Junior foreign minister Alan Duncan thanked Ecuador for paving the way for Assange`s arrest by withdrawing his asylum after "extensive dialogue" between London and Quito.

WHAT DO ASSANGE`S SUPPORTERS SAY?

Assange`s lawyer Jennifer Robinson said the arrest set a "dangerous precedent" for the media. "This precedent means that any journalist can be extradited for prosecution in the United States for having published truthful information about the United States," she said.