Shahid Khaqan Abbasi was on his way to a press meet when he was arrested on the outskirts of Lahore. 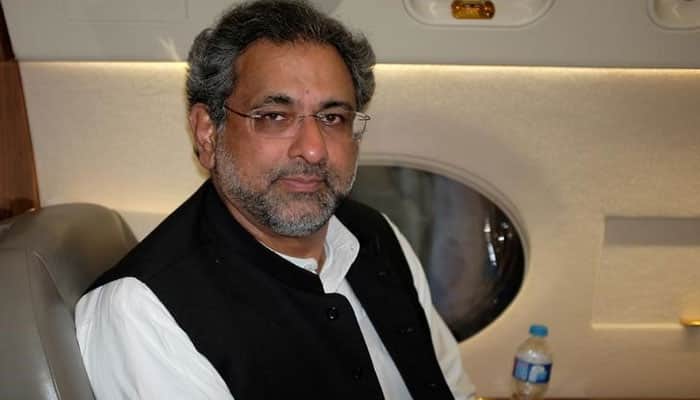 The National Accountability Bureau (NAB) in Pakistan on Thursday arrested former prime minister Shahid Khaqan Abbasi in connection with multi-billion-rupee laundering in a liquified natural gas import contract. According to a report in Pakistan-based Dawn News, Abbasi was on his way to a press meet when he was arrested on the outskirts of Lahore.

The report further said that the former Pakistan prime minister made attempts to resist the arrest initially, but later let the NAB officials follow the orders.

Shortly after the arrest, Pakistan Muslim League – Nawaz leader Shahbaz Sharif took to microblogging site Twitter to condemn the authorities. He targeted Pakistan Prime Minister Imran Khan, alleged that the NAB had become a “puppet” of the Pakistan Tehreek-e-Insaf chief.

The arrest come months after the Pakistan government in April imposed a ban on Abbasi’s foreign travel. Along with Abbasi, former finance minister Miftah Ismail and five others were banned from foreign travel.

Abbasi is the second PML-N to be arrested since Imran Khan was voted to power in Pakistan.

According to a report in The Express Tribune, the former prime minister was slated to appear before a court on Thursday. He had, however, sought an exemption from appearance, citing other engagements.

A video shot moments before the arrest was shared on Twitter by former Pakistan prime minister Nawaz Sharif’s daughter Maryam Nawaz Sharif. In the video, Abbasi can be seen sitting inside a car, which has been stopped by security personnel. Abbasi could be heard saying, “Yeh iss mulk ki khidmat karne ka nateeja mil raha hai (This is a reward I am getting for serving this country).”