The workers union has demanded a pay increase to 20 euros per hour before tax. 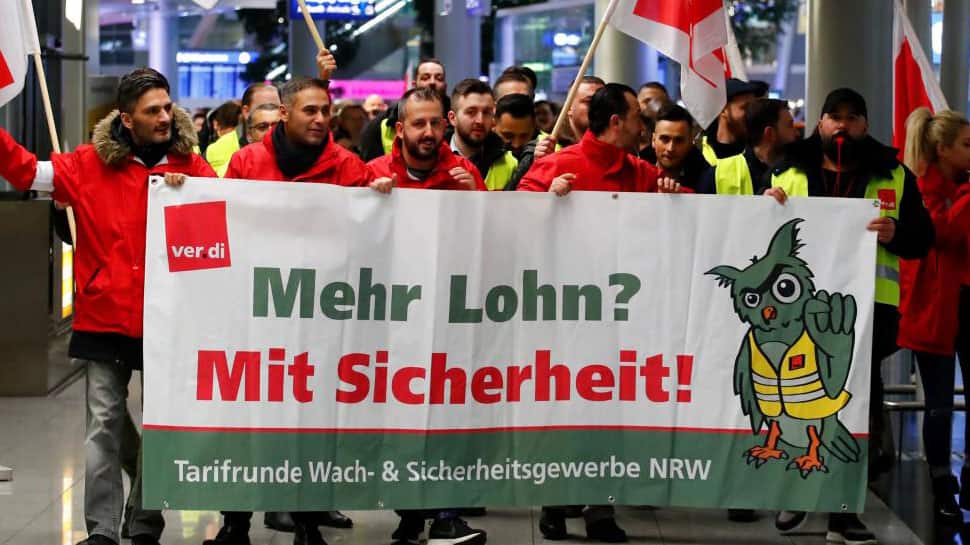 Berlin: More than 640 flights in Germany were cancelled on Thursday due to security staff strikes at Duesseldorf, Cologne and Stuttgart airports as workers sought to put pressure on management in wage talks. Out of 1,054 scheduled flights in total, 643 were cancelled, the airports said, adding that many of their passengers would be affected, with significant delays at security checkpoints. An average of 115,000 passengers pass through the airports per day.

Public sector union Verdi said it was negotiating on behalf of 23,000 security workers in Germany. Wage talks are to resume on Jan. 23, it said. The union has demanded a pay increase to 20 euros ($23.06) per hour before tax. On Monday, a strike at Berlin`s Schoenefeld and Tegel airports had caused delays and flight cancellations.

Around 1,000 security workers took part in the strike during the morning, Verdi said on Thursday, adding that the strike would continue until the end of the day. "After five days of talks, the negotiations have come to a standstill ... and that`s why we thought it was necessary to make a move with these warning strikes today," Andrea Becker, a spokeswoman for the union said.

Christian Witt, one of the passengers stranded at Duesseldorf airport, told Reuters: "You never understand when it affects you personally but you have to see the bigger picture.

Fear of cyberattack widespread in US: Pew survey