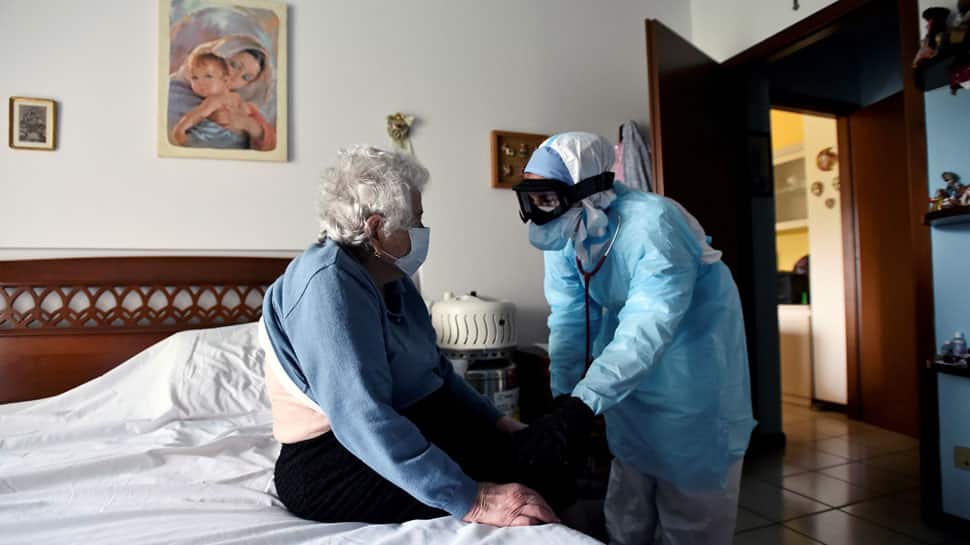 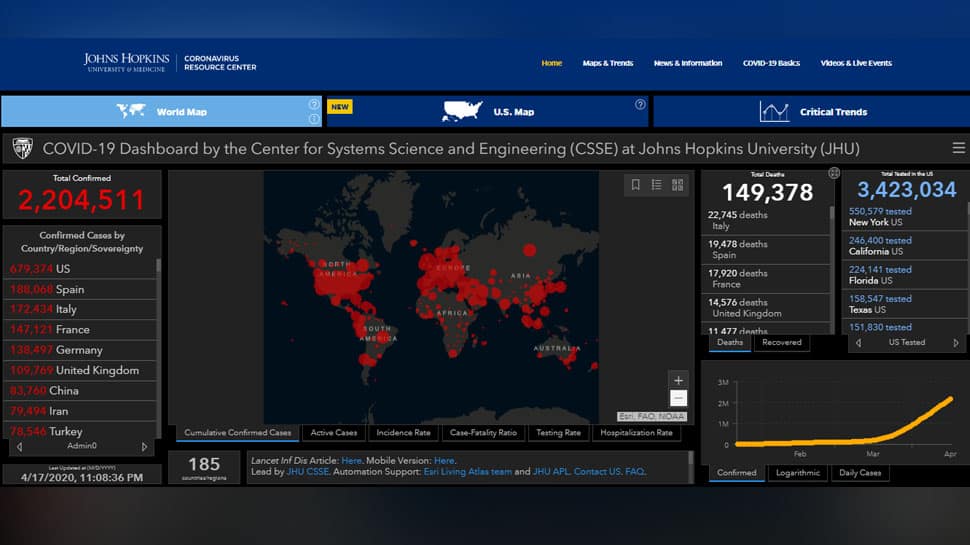 In the US, some states are contemplating to announce timetables for lifting restrictions aimed at blunting the coronavirus pandemic, a day after President Donald Trump outlined guidelines for a phased reopening of the devastated US economy. In Texas and Florida, Republican governors is likely to outline plans for a gradual reopening, according to media reports, and the city of Jacksonville, Florida, will allow beaches and parks to reopen with some restrictions. New York City Mayor Bill de Blasio cancelled permitted city events through May, extending the cancellation by a month. He said events for June were under review. He said New York has to set a "high bar" for restarting large group events. The extraordinary measures to control the novel coronavirus outbreak have battered the U.S. economy - a record 22 million Americans have sought unemployment benefits over the past month, almost wiping out all the job gains since the Great Recession.

In Italy, the deaths from the COVID-19 epidemic rose by 575 on Friday, up from 525 the day before, while the number of new cases declined slightly to 3,493 from a previous 3,786. The daily tallies of deaths and cases extend the broadly stable situation in place over the last 12 days.
This plateau is down considerably from peaks reached around the end of March, but the downtrend has not proceeded as was widely hoped in a country that has been in lockdown for almost six weeks.

The European Union has recommended smartphone tracking apps to help countries ease restrictions that have prompted steep economic downturns across the bloc. For doctors in northern Italy, fighting what is still Europe`s worst outbreak of COVID-19, the frontlines have moved beyond hospitals as special teams try to keep patients alive at home, away from the saturated wards where thousands have died. For staff on the so-called USCA (Special Continuity Assistance Units) teams, it has been a draining struggle, initially hampered by a shortage of vital protective gear, that mixes emergency medicine with the shock of losing unprecedented numbers of patients.

Spain reported 585 new fatalities in the past 24 hours, but it was difficult to compare with previous tolls after the government amended its counting mechanism. The government issued revised guidelines overnight for reporting deaths in order to standardise the data sent in from the country's 17 autonomous regions. The change was an apparent move to eliminate any deaths where the patient had not been tested for COVID-19. Officials said they would revise previous fatality counts, and also apply the new rules to death tolls moving forward. "This could mean that some of the figures may seem a little strange," said Fernando Simon, the health ministry's emergencies coordinator, pointing to a "discrepancy" in the data supplied by one particular region. There have been growing questions over the death toll in recent days with Madrid and Catalonia, the two worst-hit regions, this week insisting they had thousands of more victims than the official count.

France said on Friday there was no evidence so far of a link between the new coronavirus and the work of the P4 research laboratory in the Chinese city of Wuhan, where the current pandemic started. "We would like to make it clear that there is to this day no factual evidence corroborating the information recently circulating in the United States press that establishes a link between the origins of COVID-19 and the work of the P4 laboratory of Wuhan, China," an official at President Emmanuel Macron`s office said. The broad scientific consensus holds that SARS-CoV-2, the official name of the coronavirus, originated in bats.

British healthcare staff have been advised to treat COVID-19 patients without full-length protective gowns due to shortages of equipment, the Guardian newspaper reported on Friday. Health minister Matt Hancock told a committee of lawmakers earlier that Britain was "tight on gowns" but had 55,000 more arriving on Friday and was aiming to get the right equipment where it was needed by the end of this weekend.

The Guardian reported that with hospitals across England set to run out of supplies within hours, Public Health England had changed guidelines which stipulated full-length, waterproof surgical gowns should be worn for high-risk hospital procedures. The new advice says that when gowns run out alternative options include using a plastic apron, borrowing supplies from other hospitals, or wearing coveralls, the Guardian reported. Sky News reported doctors and nurses had also been advised that single-use gowns could be used again because of the shortage. The Department for Health and Social Care did not immediately respond to a request for comment on the change of advice.