What started three months ago as rallies against an extradition bill that would have allowed people in Hong Kong to be sent to mainland China for trial, has now morphed into a wider backlash against the city`s government and its political masters in Beijing. 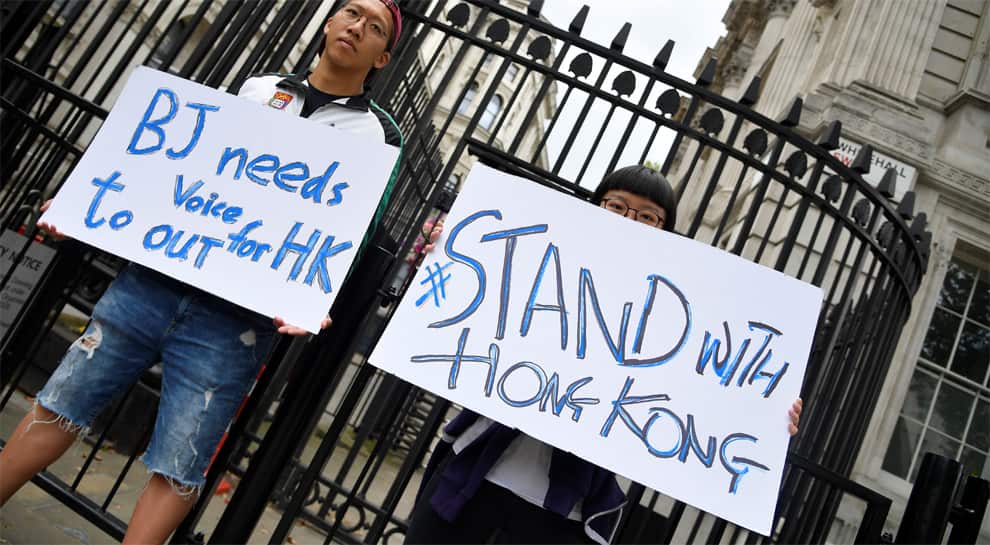 What started three months ago as rallies against an extradition bill that would have allowed people in Hong Kong to be sent to mainland China for trial, has now morphed into a wider backlash against the city`s government and its political masters in Beijing.

Activists blocked train doors, playing havoc with services and forcing hundreds of people to stream out of railway stations in search of alternative transport. "We don`t know how long we are going to stay here, we don`t have a leader, as you can see this is a mass movement now," said Sharon, a 21-year-old masked protester who declined to give her full name. "It`s not our intention to inconvenience people, but we have to make the authorities understand why we protest. We will continue with this as long as need."

Others chanted, "Liberate Hong Kong," and "Revolution of our Time".

By mid-morning commuters were crammed into stations across the city, waiting to board trains that were badly delayed, with no service on some lines. Rail operator MTR Corp said urged people to seek other forms of transport.

Hong Kong, which returned to China in 1997, is embroiled in its worst political crisis for decades after two months of increasingly violent protests that have posed one of the gravest populist challenges to Communist Party rulers in Beijing.

The latest protest follows a demonstration at the Chinese-ruled city`s international airport on Friday and violent protests at the weekend when activists clashed with police who fired rubber bullets, tear gas and sponge grenades - a crowd-control weapon.

Some scuffles broke out between commuters and protesters, who gradually began to disperse, while more police were deployed in train stations, where they stopped protesters to search their bags.

Commuters grew increasingly frustrated over the travel disruption, and shops, including bakeries and convenience stores, had also begun to close. "It`s so inconvenient and annoying, really. I am in hurry to work, to make a living. Will you give away your salary to me?" said a 64-year-old man surnamed Liu.

Others were more supportive, refusing to blame the protesters. "This non cooperation movement is caused by Carrie Lam. She doesn`t cooperate with the people of Hong Kong or respond to their demands," Jason Lo, 31, told Reuters as he waited for a train.