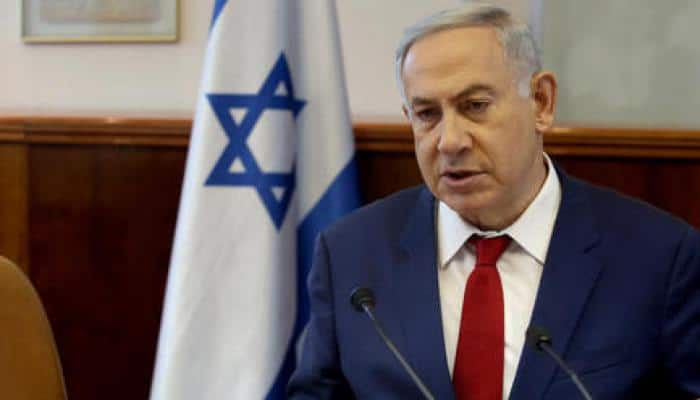 Tel Aviv: Israel's ruling Likud Party kicked off a rally on Wednesday in support of Prime Minister Benjamin Netanyahu in what it hopes will be a show of force by the beleaguered Israeli leader as he battles a slew of corruption allegations.

Party leaders described it as an attempt to counter a vicious campaign by a hostile media and overzealous police and state prosecution. But the gathering was also serving as a test of Netanyahu's popularity and control over his party.

Coalition whip David Bitan, one of Netanyahu's strongest backers, said he organized the rally because the prime minister is being "persecuted" by the media and an opposition unable to defeat Netanyahu at the ballot box. Hundreds of party faithful were expected.

"This gathering is important to unify the ranks in the party in support for the prime minister and raise the morale of party activists," he told Army Radio.

"There is a really difficult feeling in the Likud. There is a feeling that things are not being conducted fairly and the influence of the left on the process is serious."

Netanyahu, the second-longest serving leader in Israeli history, is engulfed in a series of scandals relating to alleged financial misdeeds and supposed illicit ties to executives in media, international business and Hollywood.

Israeli police investigators say they suspect Netanyahu of being involved in bribery, fraud and breach of trust in a pair of cases.

Netanyahu's former chief of staff and longtime confidant, Ari Harow, recently signed a settlement connected to a separate case in which he agreed to testify against his former mentor.
This has raised speculation that Netanyahu could be indicted soon, and has sparked opposition calls for him to step down.

Netanyahu has repeatedly denied any wrongdoing and called the accusations a witch hunt.

Bitan said some 1,500 were signed up for the event and he hoped even more would attend including all the party's top officials and ministers.

Netanyahu's primary potential heir, Cabinet minister Yisrael Katz, has said he will attend the event and is expected to offer broad backing. A close eye will be kept on those who skip it.