In a first, SpaceX rocket carrying 4 astronauts launches into space

Four astronauts took off from NASA’s Kennedy Space Center in Florida aboard a SpaceX rocket on Monday morning. 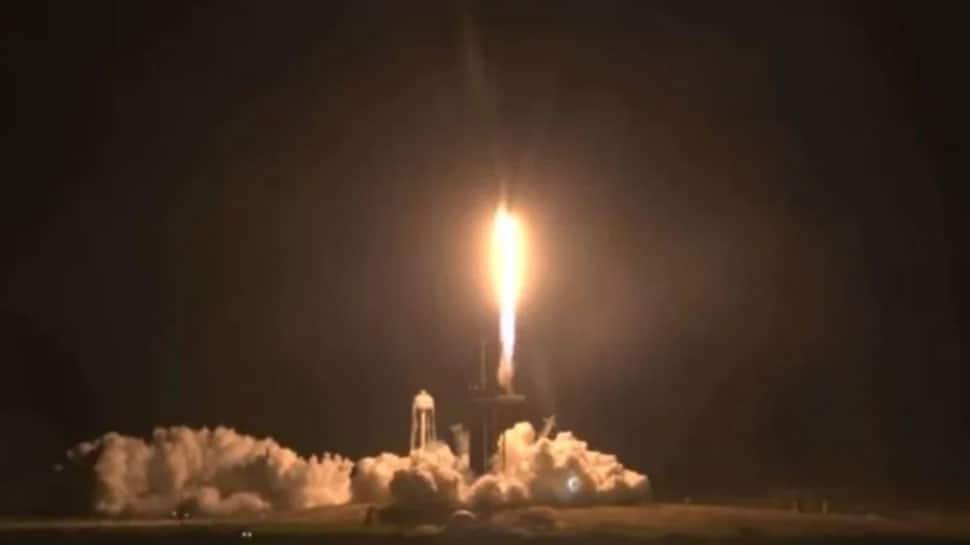 In a historic development, four astronauts took off from NASA’s Kennedy Space Center in Florida aboard a SpaceX rocket on Monday (November 16) morning.

The four astronauts - three from the US and one from Japan - are headed for the International Space Station(ISS). It is to be noted that SpaceX is owned by billionaire businessman Elon Musk and the astronauts are riding a rocket and capsule provided by the SpaceX company. The mission is significant because this is the first fully operational mission for a SpaceX Crew Dragon capsule.

The three American astronauts are NASA’s Michael Hopkins, Victor Glover, and Shannon Walker and the fourth astronaut is Soichi Noguchi from Japanese space agency (Jaxa). These astronauts will stay at the ISS for a period of six months.

The latest launch is second astronaut launch for SpaceX. It may be recalled that SpaceX's first Crew Dragon to launch humans took off in May. That mission was, however, considered a test mission.

Moments after the liftoff of SpaceX's capsule, US President-elect Joe Biden took to Twitter and congratulated the team on its launch. He wrote, “Congratulations to NASA and SpaceX on today’s launch. It’s a testament to the power of science and what we can accomplish by harnessing our innovation, ingenuity, and determination. I join all Americans and the people of Japan in wishing the astronauts Godspeed on their journey.