The Lebanese army announced its own ceasefire took effect at 7:00 am to allow for negotiations over the fate of Lebanese soldiers who are in Islamic State captivity. 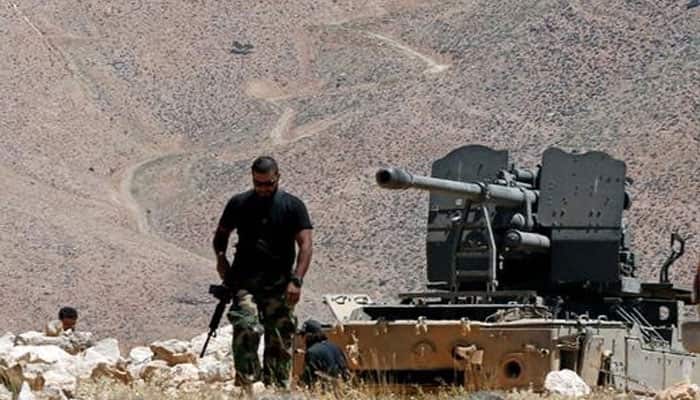 Beirut: A ceasefire took effect on Sunday in an Islamic State pocket straddling the Syria-Lebanon border, where the militants have been fighting the Lebanese army on one front and Hezbollah with the Syrian army on the other, Hezbollah`s al-Manar TV said.

The Lebanese army announced its own ceasefire took effect at 7:00 am to allow for negotiations over the fate of Lebanese soldiers who are in Islamic State captivity.

The military statement did not mention a ceasefire on Syria`s side of the frontier.

Soon after, the Syrian army and Hezbollah announced a ceasefire in their offensive against Islamic State in Syria`s west Qalamoun region near the border, al-Manar said.

The fighting began a week ago when the Lebanese army, and the Syrian army and Hezbollah, began separate but simultaneous offensives against the Islamic State enclave.

Northeast Lebanon saw one of the worst spillovers of Syria’s war into Lebanon in 2014, when Islamic State and other militants briefly overran the border town of Arsal.

The fate of nine soldiers that Islamic State took captive then remains unknown.

The Lebanese army offensive is near the town of Ras Baalbek.

Any coordination between the Lebanese army and either the Syrian army or Hezbollah would be politically sensitive in Lebanon and could jeopardise the sizeable US military aid the country receives.

Last week, Lebanon and Hezbollah each announced they had made significant gains against the Islamic State militants, driving them back into a smaller part of the arid hills on the border.