Biscuits and Gravy –as it would be called – is a gray-and-white feline with two mouths, two noses and four eyes. 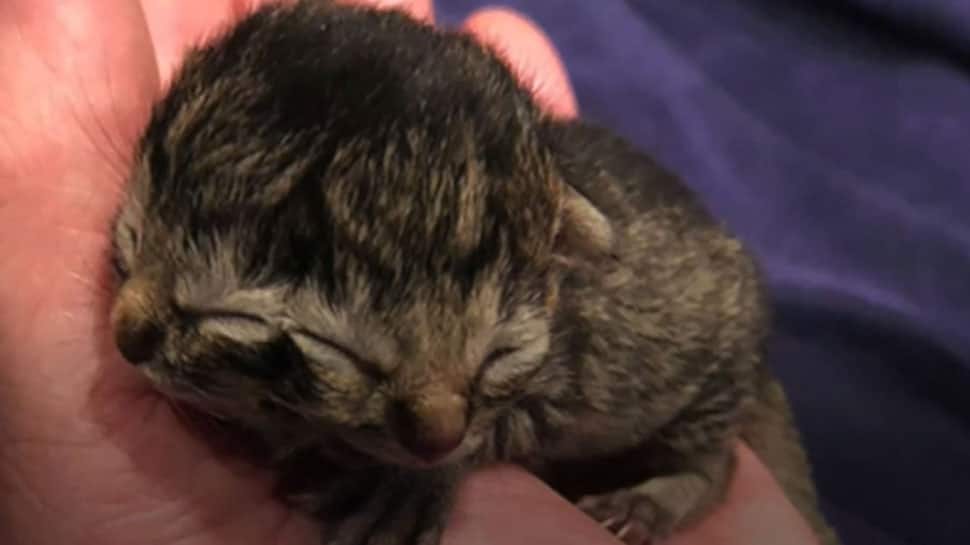 New Delhi: A cat in Canada’s Oregon gave birth to a two-faced kitten, much to the surprise of the owners.

Biscuits and Gravy –as it would be called – is a gray-and-white feline with two mouths, two noses and four eyes.

Kyla King, the owner of the cat is now hand rearing the kitten because it has been rejected by the mother.

The life expectancy for a two-faced cat is about four days because they usually suffer from diprosopia disorder. However, the family is optimistic that the kitten will survive all odds and grow up to be an adult cat.

One may recall Frank and Louie – the world’s oldest two-faced cat – which found its way to the Guinness World Records.

Frank and Louie was born on September 8, 1999 and his remarkable life was commemorated in Guinness World Records’ new 2012 edition.

Frank and Louie had a case of craniofacial duplication. It is an extremely rare congenital condition resulting from a protein with the odd name of sonic hedgehog homolog (SHH), explains Reuters.

The disorder, known as diprosopia, can cause part or all of an individual’s face to be duplicated on its head. It has been recorded multiple times in the domestic cat (Felis catus), but few of the resulting two-faced kittens survive into adulthood, Reuters had added.