The protests, led by British climate group Extinction Rebellion, brought parts of central London to a standstill again on Tuesday. 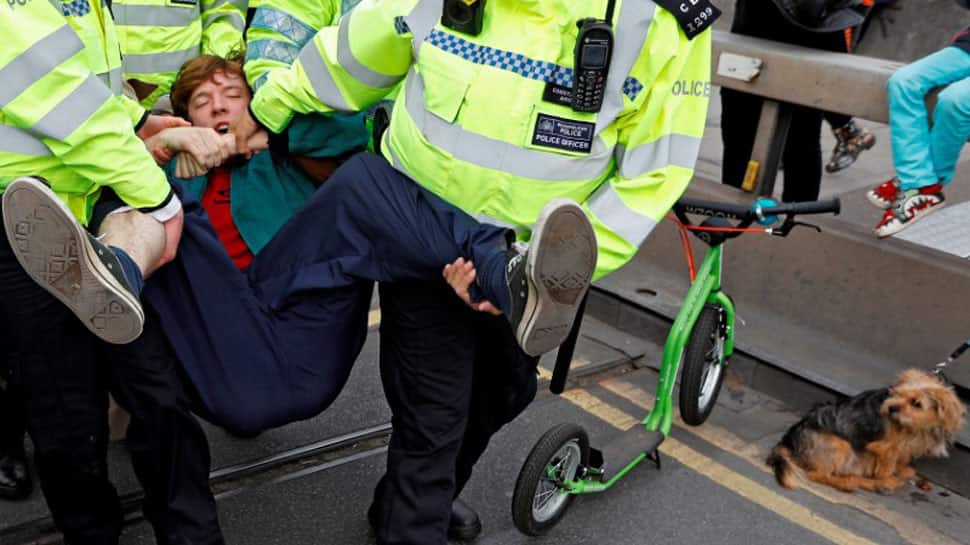 LONDON: Police have arrested 290 people in two days of protests after climate-change activists blocked some of London`s most important junctions including Oxford Circus and Marble Arch, causing traffic chaos.

The protests, led by British climate group Extinction Rebellion, brought parts of central London to a standstill again on Tuesday. Extinction Rebellion, which generated headlines with a semi-nude protest in the House of Commons earlier this month, is demanding the government reduce greenhouse gas emissions to net zero by 2025.

Police said they expected the demonstrations to continue in coming weeks and had to strike the right balance between allowing the right to peaceful protest while ensuring disruption was kept at a minimum.

"At this time, ongoing demonstrations are causing serious disruptions to public transport, local businesses and Londoners who wish to go about their daily business," Chief Superintendent Colin Wingrove said on Tuesday.

Activists had been told they must confine any demonstrations to the Marble Arch area, and police were taking action against protesters in other locations.

More than a dozen activists had been arrested at Waterloo Bridge near parliament by lunchtime on Tuesday. Others were sitting in the road with linked arms, chanting at the police "Rebellion! Rebellion!" and "We are peaceful! What about you?"

Five arrests were for criminal damage after the Royal Dutch Shell building near the River Thames was targeted on Monday. Two protesters on Monday climbed up scaffolding, writing "Shell Knows!" in red paint on the front of the building and three protesters glued their hands to revolving doors at the entrance.

Tents littered the prime shopping area of Oxford Circus on Tuesday morning, with some activists huddled beneath a model boat with the words "Tell the Truth" across its side. One placard read: "Rebel for Life".

Activist Katy Fowler, 39, from Machynlleth in Wales, said reaction from the public had been very positive. "People have come up to us to thank us emphatically," she said. "There is an awareness and a hunger for something to be done."