The recent surge of violence began after insurgents killed 13 police and wounded nine in attacks on four police posts on January 4. 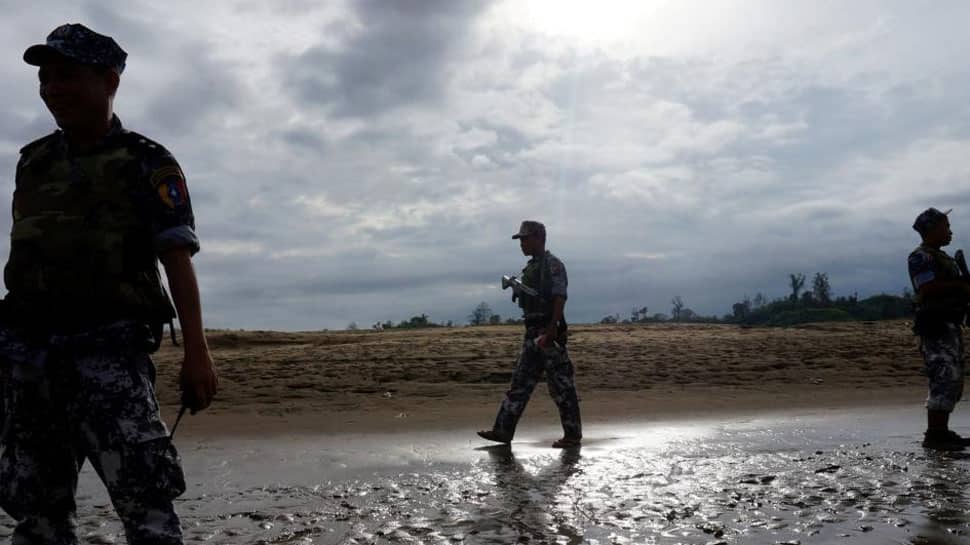 NAYPYITAW: Myanmar’s army has killed 13 rebel fighters in the western Rakhine State, a military spokesman said on Friday, as government troops battle to contain a new insurgency in the troubled region. Fighting between security forces and the Arakan Army, an ethnic armed group seeking greater autonomy for Rakhine, has forced some 5,000 civilians to flee their homes since early December, according to the United Nations.

The violence has brought fresh turmoil to the region, the site of a massive crackdown on the Rohingya Muslim minority in 2017, and represents another setback for the Buddhist-majority country’s embattled peace process.

"Between Jan. 5 and 16, 2019, there were eight clashes and five landmine explosions," said Major General Tun Tun Nyi, speaking at a rare press conference in the capital, Naypyitaw. "Thirteen enemy bodies and three weapons were seized, and some soldiers died and were injured on our side," he said.

He declined to elaborate on the number of government troops killed, saying it was "not necessary" to give the figures. The Arakan Army could not be immediately reached for comment, but a spokesman outside Myanmar previously told Reuters five bodies seized by the military did not belong to their fighters.

The recent surge of violence began after insurgents killed 13 police and wounded nine in attacks on four police posts on Jan. 4, as Myanmar celebrated Independence Day, state media reported. Myanmar’s civilian administration last week called on the military to "crush" the rebels, according to a government spokesman.

On Friday, the military said Aung San Suu Kyi, who runs the country as state counsellor, personally ordered the crackdown, stating that the Arakan Army, which recruits from among the mainly Buddhist Rakhine ethnic group, should face the same treatment as Rohingya insurgents. The military onslaught against the Rohingya in 2017, which the UN and Western nations have called ethnic cleansing, was preceded by attacks on security forces by fighters calling themselves the Arakan Rohingya Salvation Army. The government denies the charge of ethnic cleansing.

"During negotiations at the president’s house on January 9, state counsellor Daw Aung San Suu Kyi said AA were terrorists and instructed to crack down effectively," Tun Tun Nyi said. "If not, others would point out that ARSA was cracked down on because it’s from a different religion and AA was not because it is an ethnic group," he said. A government spokesman did not answer calls seeking comment.

The conflict is the latest crisis facing Nobel laureate Suu Kyi’s administration, which swept to power in 2015 promising to bring an end to the country’s myriad civil wars. Myanmar governments have battled various autonomy-seeking ethnic minority insurgent groups since shortly after independence from Britain in 1948, though some have struck ceasefire agreements.

The United Nations has called for "rapid and unimpeded" aid access to the conflict zone, after the state government last week banned non-governmental organisations and the UN from five townships affected by the fighting.