US House Speaker Nancy Pelosi said on Friday she expected public hearings in the impeachment inquiry of Republican President Donald Trump to begin this month. 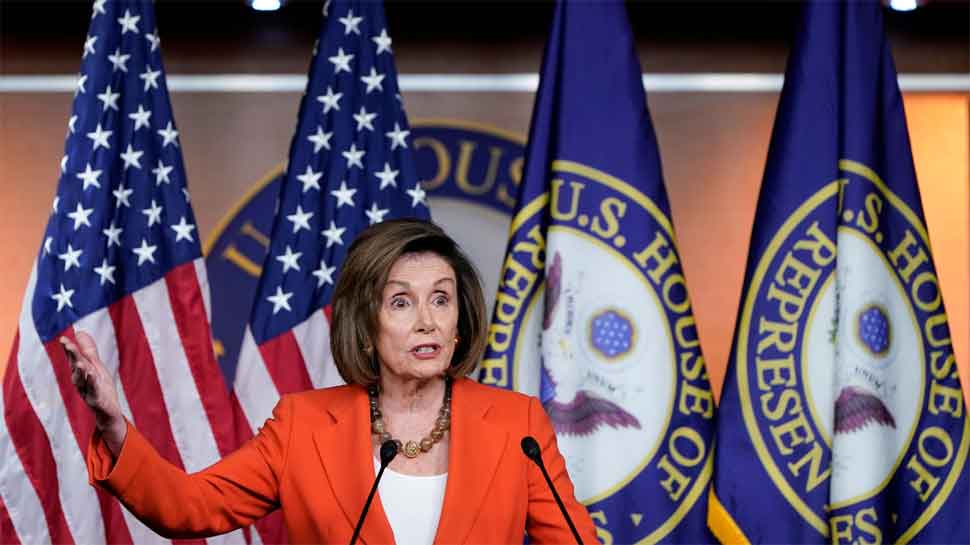 WASHINGTON: US House Speaker Nancy Pelosi said on Friday she expected public hearings in the impeachment inquiry of Republican President Donald Trump to begin this month.

"I would assume there would be public hearing in November," the top House Democrat said in an interview with Bloomberg. Any case that is made to impeach the president, she said, "has to be ironclad."

In the first formal test of support for the impeachment investigation, the Democratic-controlled House on Thursday voted almost entirely along party lines - 232 to 196 - to move the probe forward in Congress.

Pelosi launched the inquiry into Trump`s attempt to have Ukraine investigate a domestic political rival in September. The probe focuses on a July 25 telephone call in which Trump asked his Ukrainian counterpart to investigate Democratic political rival Joe Biden, a former U.S. vice president, and his son Hunter.

Current and former Trump administration officials have testified behind closed doors that the White House went outside normal diplomatic channels to pressure Ukraine President Volodymyr Zelenskiy to investigate the Bidens.

Pelosi told Bloomberg the closed-door depositions of witnesses will continue as long as they are "productive."