Police issued an arrest warrant for Wirathu last month, but he has evaded arrest. 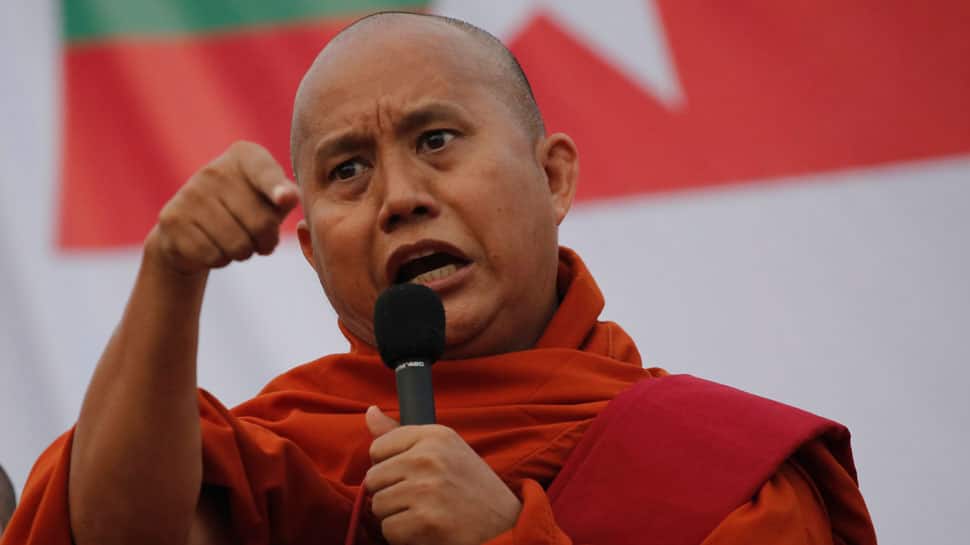 YANGON: Myanmar`s most prominent group of nationalist Buddhist monks on Monday condemned sedition charges against one of its leading members, Wirathu, ahead of a hearing in the fugitive monk`s case expected on Tuesday. Police issued an arrest warrant for Wirathu last month, but he has evaded arrest.

The monk is the best-known proponent of anti-Muslim rhetoric that has spread as Myanmar has transitioned from full military rule and as social media sites like Facebook have become popular. Wirathu is accused of inciting violence against the Rohingya minority and other Muslims. He has also been supportive of the powerful military and critical of civilian leader Aung San Suu Kyi.

"It is an unlawful action by the government," he said of the sedition charge against Wirathu, which can carry a penalty of life imprisonment. A court in the city of Yangon is expected to begin proceedings in absentia on Tuesday.

Tun Nyunt, a spokesman at the Ministry of Religious Affairs and Culture, said anyone breaking the law should face action, including Buddhist monks. More than 2,300 monks and nuns and another 3,000 laymen attended the foundation`s two days of speeches, recitation and donation ceremonies at a monastery in the north of Yangon.

The nationalist group accuses Suu Kyi`s administration of allowing immigration of Muslims. The group supports the military, which led a campaign that pushed hundreds of thousands of Rohingya from the country in 2017. Its chapters across Myanmar also run schools and other social services and provide legal aid. Members have successfully lobbied for laws restricting interfaith marriage and religious conversion.

Some soldiers in uniform attended Monday`s event, and a military commander donated about $20,000 to the foundation. Some books on nationalist subjects were on sale including "The people who want to eradicate Myanmar", a paperback that includes the chapter "Londonistan: swallowed by Islam".