The 11,000-kilometre range Topol-M intercontinental ballistic missile hit its target in Kazakhstan's Sary-Shagan range over 2,500 km away. Topol-M can target the entire United States of America. 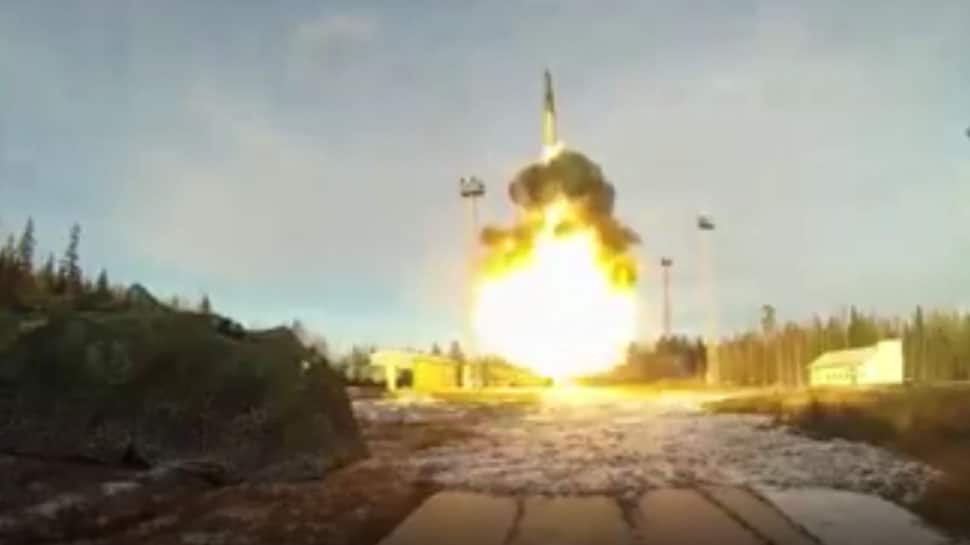 Russia on Friday successfully test-fired Topol-M nuclear missile from the Kapustin Yar practice range in the south-western part of the country. The 11,000-kilometre range Topol-M intercontinental ballistic missile hit its target in Kazakhstan's Sary-Shagan range over 2,500 km away. Topol-M can target the entire United States of America.

According to the Russian Defense Ministry, the test was carried out by the country's strategic missile forces. "On July 26, 2019, a combat unit of the strategic missile forces conducted a test launch of an intercontinental ballistic missile of the Topol mobile ground-based missile system from the Kapustin Yar state central practice range in the Astrakhan region. The missile’s exercise head hit the target at the Sary-Shagan range in Kazakhstan to the specified accuracy. The tasks of the launch were executed in full," the Russian Defense Ministry said in a press release.

Topol-M is also known as SS-27 Mod 1, Sickle B, RS-12M1, RS-12M2 and RT-2PM2. The same p-mobile, as well as silo-based missile, is the first one to be developed by Russia following the breakup of the Soviet Union although work on it had started in the 1980s. But the missile was redesigned in 1992 and has been in service with the Russian military since 1997.

The 21.9-metre long, 1.9-m wide Topol-M has a launch weight of 47,200 kilogrammes. While the missile was initially developed to carry a single 500-kilo tonne nuclear warhead, the Russians later armed the Topol-M with a 1 metric tonne nuclear bomb and have also been able to place six Multiple Independently Targetable Reentry Vehicle (MIRV) warheads to hit more than one enemy locations.

Guided by the Global Navigation Satellite System (GLONASS), the Topol-M has a Post-Boost Vehicle (PBV) system to activate and launch its warhead. Equipped with countermeasures and decoys to penetrate enemy anti-missile shields, the Topol-M reentry vehicle can also undertake evasive manoeuvers to home in onto its target. The missile also has the capability to counter radiation, electromagnetic interference and physical disturbance.

Syrian children not targets, appeal all parties involved in conflict to protect them: UNICEF