South Korean military accused the Russian bomber of violating its airspace near South Korea's easternmost islets of Dokdo above the East Sea twice on Tuesday. The F-15Ks and F-16Ks fighters were scrambled to intercept the bomber. 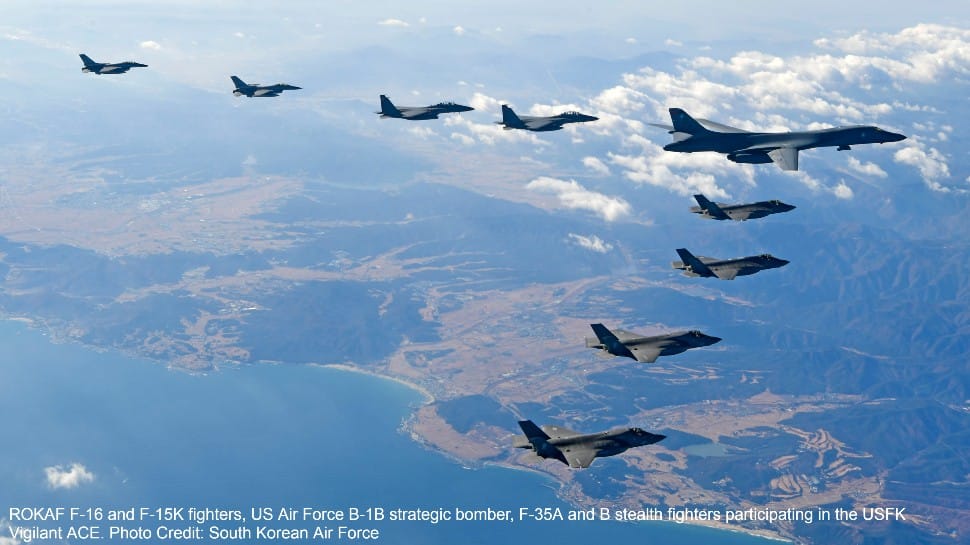 South Korean Air Force F-15Ks and F-16Ks fighters were scrambled on early Tuesday (July 23, 2019) to intercept a Russian bomber that had allegedly entered South Korea's airspace. The South Korean fighters also fired warning shots and flares at the Russian military plane but the officials did not reveal whether the F-15s or the F-16 jets had pressed the trigger.

According to South Korea's Yonhap News Agency the Russian bomber was first tracked entering Korea's Air Defense Identification Zone (KADIZ) and then violating the country's airspace at 9:09 am (5:39 am Tuesday, Indian Standard Time) Tuesday. South Korean military then sent its F-15Ks and F-16Ks to intercept the Russian bomber.

Yonhap also revealed that the violation of South Korea's airspace by a Russian military aircraft was a first although such incidents have taken place in KADIZ. South Korea also claimed that the intercept had taken place after a separate KADIZ violation case by two other Russian and two Chinese aircraft earlier on Tuesday.

South Korea alleged that two Chinese and Russian military aircraft had taken a joint flight over KADIZ for almost 25 minutes. South Korea's Defense Ministry will summon Russian and Chinese embassy officials to lodge a formal protest over the alleged violation of the airspace by their military planes.

There has been no response from Russia and China on the alleged violations of South Korean airspace by their military planes.