Cardinal Malcolm Ranjith spoke of his frustrations just hours before he was due to meet Pope Francis and show the pontiff a video with graphic images of the April 21 attacks on three churches. 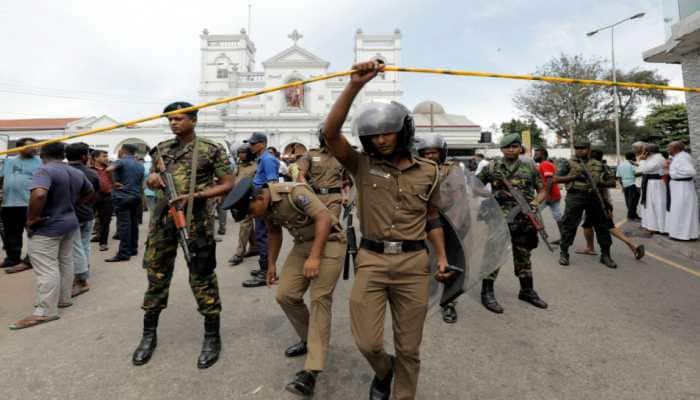 ROME: The head of the Catholic church in Sri Lanka on Thursday issued a scathing criticism of the government over the Easter attacks that killed more than 250 people, decrying a "total lack of interest" in determining why intelligence reports were ignored. Cardinal Malcolm Ranjith spoke of his frustrations just hours before he was due to meet Pope Francis and show the pontiff a video with graphic images of the April 21 attacks on three churches and four hotels. The attacks were claimed by Islamic State militants.

"There was a serious lack of responsibility on the part of the government," Ranjith told reporters. "Now they have appointed all kinds of committees and commissions and there is bickering going on between the sides, you know, (about) who is responsible."

President Maithripala Sirisena has criticised a parliamentary investigation, where some have accused him of mishandling national security. Ranjith, 71, said Indian intelligence services first notified Sri Lanka on April 4 of an impending attack and then three times more, including a phone call at 6:45 a.m. on the day of the blasts.

"But nobody took serious note. This disaster could have been prevented because if I knew that there was an attack planned I would have closed the churches and told the people to go home," he said in answer to a question. A Parliamentary Select Committee led by allies of Sirisena’s rival Prime Minister Ranil Wickremesinghe is trying to identify possible lapses that allowed the attacks to happen.

"Everybody is trying to pass the blame on to the others. And there is an attempt to hide (the facts)," the cardinal said. "Even his (the president`s) own culpability in the matter might be in question, so they are trying to hide it. There is a total lack of interest in this matter on the part of the government and on the part of various agencies that are responsible for security," he said.

The video he prepared for the pope, who visited Sri Lanka in 2015, shows the suicide bombers with backpacks approaching and then cuts away to scenes of mangled corpses, a blood-spattered statue of Jesus and mass burial sites. The cardinal spoke at the presentation of a report by Aid to the Church in Need, a Catholic charity that helps Christians in places where they are a minority. Sri Lanka is about 70 percent Buddhist, 13 percent Hindu, 10 percent Muslim and 7 percent Catholic.

US Senate rejects Saudi arms sales in rebuke to Trump