Opinion polls had shown initial strong support for the idea fading as opponents weighed in, arguing that the move could drive up already expensive housing costs. 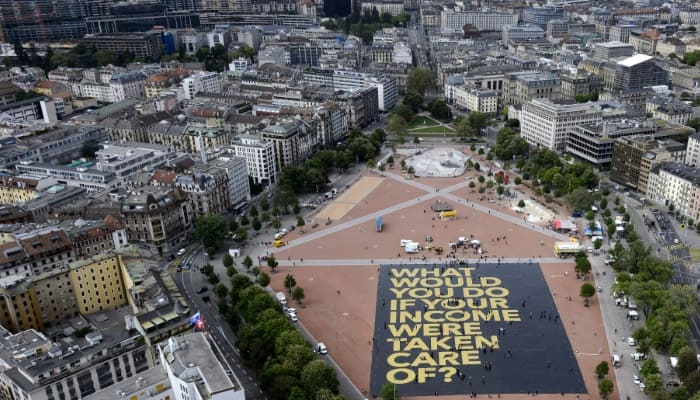 ZURICH: Swiss voters rejected on Sunday a proposal to limit urban sprawl by freezing the size of construction zones, rebuffing a plea from environmentalists to protect open spaces from the advance of bulldozers.

The binding referendum under the Swiss system of direct democracy would have allowed a new building zone only if governments removed another area of at least the same size from land set aside for construction.

Opinion polls had shown initial strong support for the idea fading as opponents weighed in, arguing that the move could drive up already expensive housing costs.

Swiss broadcaster SRF projected the measure would fail by a margin of around 64-36 percent.

Proponents had said construction over decades had covered up thousands of hectares of green areas, and continues at a rate of nearly a square metre (1.2 square yards) per second, the equivalent of eight soccer pitches every day.

"The initiative preserves the beautiful landscapes in Switzerland and thus our quality of life as well. Careful handling of the soil will continue to create enough living space for all without having to sacrifice green space," they argued.

Proponents led by the youth wing of the Greens party said the project would have complemented planning law approved by voters in 2013 that limits regional and local building zones to what will likely be needed over the next 15 years.

The Swiss government and parliament opposed the plan, saying a rigid curb could harm the population and business, ignore regional differences and increase housing prices.

Studies had shown some towns would have run out of area for new construction as early as next year, while others had reserves that could last well into the next century.

Construction across Switzerland has boomed as investors pour money into property amid negative interest rates that have made other investment classes unattractive.

The Swiss central bank has kept rates ultra-low to curb the strength of the Swiss franc, which weighs on the export-dependent economy.

A 2016 study of 32 countries by the European Environment Agency showed Switzerland in the top 10 for land affected by urban sprawl, worse than in the Netherlands, Belgium, Liechtenstein or Malta. Balkan and Scandinavian countries were least affected.