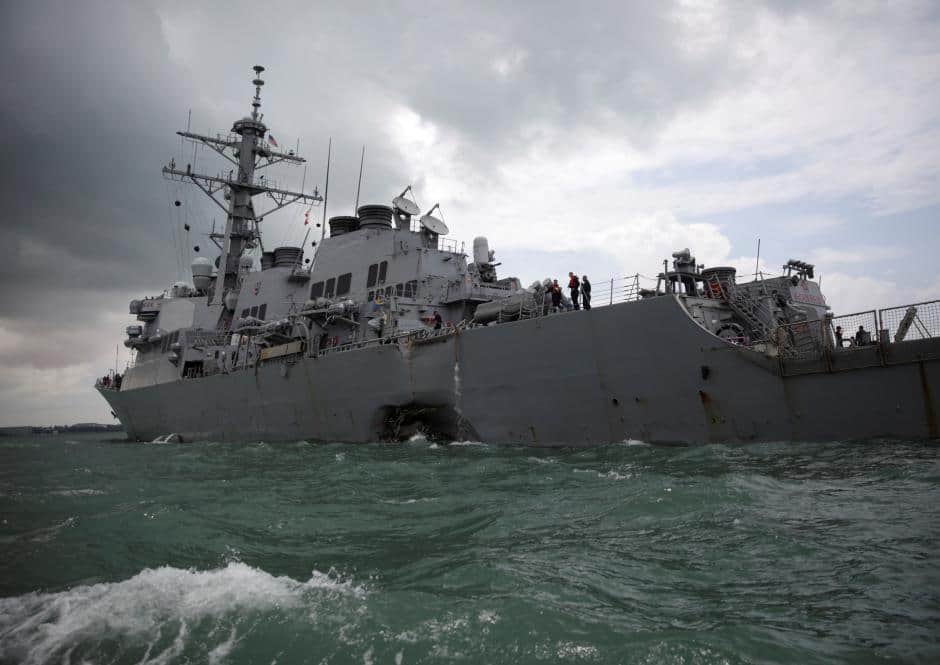 WASHINGTON: The US military said two of its warships sailed near islands claimed by China in the South China Sea on Monday, a move that angered Beijing at a time of tense ties between the world`s two biggest economies.

The busy waterway is one of a growing number of flashpoints in the US-China relationship, which also include a trade war, U.S. sanctions and Taiwan. President Donald Trump dramatically increased pressure on China to reach a trade deal by threatening to hike U.S. tariffs on $200 billion worth of Chinese goods this week and soon target hundreds of billions more.

Commander Clay Doss, a spokesman for the Seventh Fleet, said the "innocent passage" aimed "to challenge excessive maritime claims and preserve access to the waterways as governed by international law".

The operation was first reported by Reuters.

In Beijing, foreign ministry spokesman Geng Shuang said the U.S. ships entered the waters near the islets without the Chinese government`s permission, and the Chinese navy warned them to leave.

"The relevant moves by the U.S. ships infringed upon Chinese sovereignty, and damaged the peace, security and good order of the relevant seas. China is strongly dissatisfied with this and resolutely opposed to it," he told a daily news briefing.

"China urges the United States to stop such provocative actions," Geng said, adding that China would continue to take the necessary steps to defend its sovereignty and security.

The US military has a long-standing position that its operations are carried out throughout the world, including areas claimed by allies, and that they are separate from political considerations.

The operation was the latest attempt to counter what Washington sees as Beijing`s efforts to limit freedom of navigation in the strategic waters, where Chinese, Japanese and some Southeast Asian navies operate.

China claims almost all of the strategic South China Sea and frequently lambasts the United States and its allies over naval operations near Chinese-occupied islands.

Brunei, Indonesia, Malaysia, the Philippines, Taiwan and Vietnam have competing claims in the region.

China and the United States have repeatedly traded barbs in the past over what Washington says is Beijing`s militarization of the South China Sea by building military installations on artificial islands and reefs.

China defends its construction as necessary for self-defense and says the United States is responsible for ratcheting up tension in the region by sending warships and military planes close to islands Beijing claims.

Last month, China`s navy chief said freedom of navigation should not be used to infringe upon the rights of other nations.

The freedom of navigation operation comes weeks after a major naval parade marking 70 years since the founding of the Chinese navy. The United States sent only a low-level delegation to the Chinese navy anniversary events.