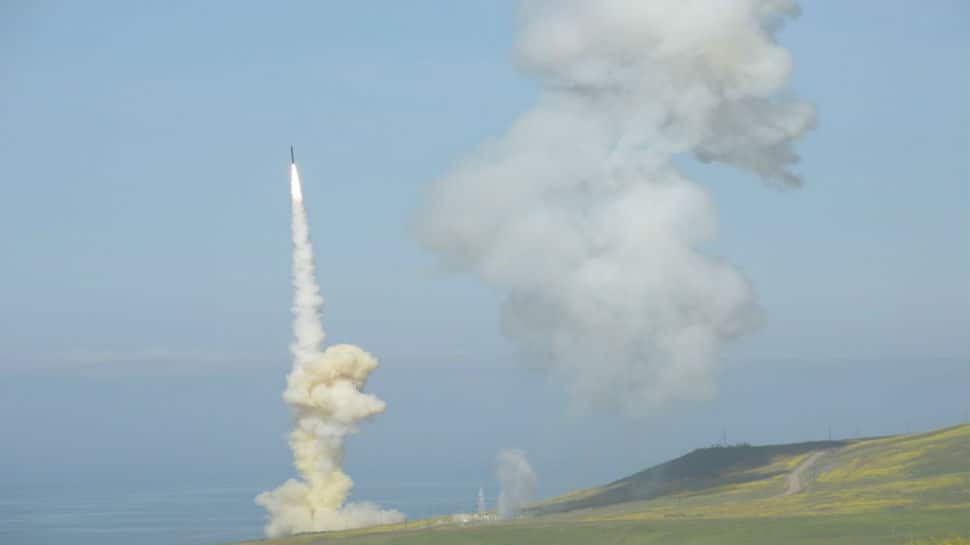 The United States on Monday successfully intercepted an intercontinental ballistic missile by two ground-based interceptors in a first-time "milestone" achievement, according to the Pentagon's Missile Defense Agency.

The Missile Defense Agency said the "salvo" intercept test was aimed to ensure that defensive interceptors can be launched in quick succession to target and destroy enemy missiles fired at US targets. The other aim was to find out that the sensors of the interceptor missiles were able to distinguish between friends and foes in the air as during a war multiple missiles are likely to be in the air with some of them fired by the US and others by its enemies.

"The US Missile Defense Agency, in cooperation with the Joint Functional Component Command for Integrated Missile Defense, US Northern Command, and elements of the US Air Force Space Command's 30th, 50th, and 460th Space Wings, conducted a successful test today against an Intercontinental Ballistic Missile (ICBM) class target. This test was the first salvo engagement of a threat-representative ICBM target by two Ground Based Interceptors (GBI), which were designated GBI-Lead, and GBI-Trail for the test. The GBI-Lead destroyed the reentry vehicle, as it was designed to do. The GBI-Trail then looked at the resulting debris and remaining objects, and, not finding any other reentry vehicles, selected the next 'most lethal object' it could identify, and struck that, precisely as it was designed to do," the Missile Defense Agency press release said.

While the first interceptor targeted the enemy missile during the terminal (re-entry) phase, the second interceptor was tasked with tracking the debris and other electronic objects in the air after the former had hit the target.

US defence experts point out that the salvo concept was developed to ensure that the defensive missiles have a better chance of hitting an incoming enemy missile as during a war such an attack could have decoys and other counter-measures to distract the interceptor.