US Navy Chief says maritime dimension of terror concern for both India, US

"We have a terrific opportunity because of the last 2+2 meet, we signed important agreements--COMCASA." 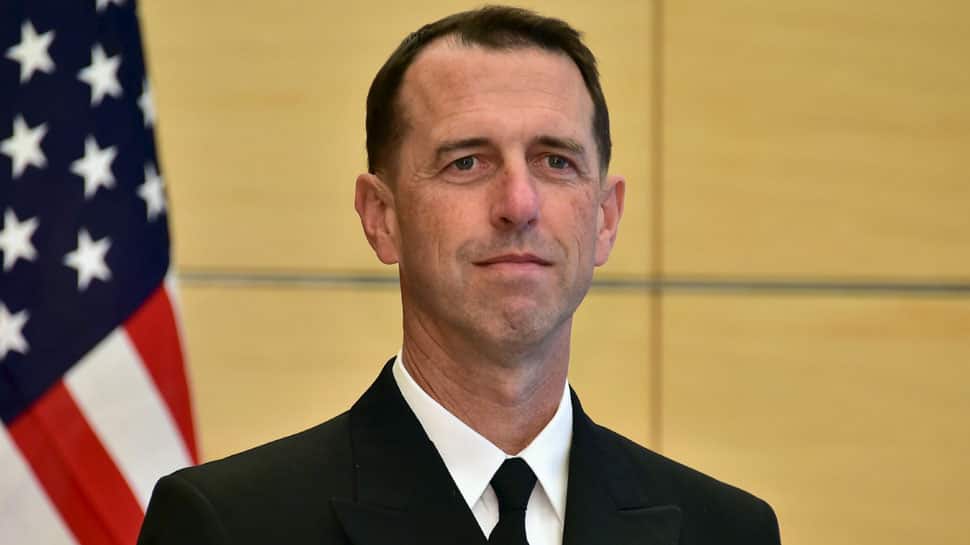 New Delhi: US Navy Chief Admiral John M Richardson has said both US and Indian Navies is concerned by terrorism's maritime dimension but with COMCASA agreement which was signed in 2018 during the 2+2 talks between Indian and American foreign and defence ministers will help in exchange of information on such terror activities.

Speaking to reporters via a telephonic press conference from Manila, Admiral Richardson said, "We have very very common views in terms of the importance of addressing and taking measures so that we can take to minimise the possibility of terrorism whether it comes from land or sea. Both of our navies are concerned about the maritime dimension."

COMCASA which stands for Communications Compatibility and Security Agreement is a foundational agreement US signs with allies to exchange information. US Navy Chief was in India earlier this week and met Navy chief Admiral Sunil Lanba.

On his India visit, Richardson said, the focus was to make the relationship "vibrant" between Indian and US navies. Indian Navy and US Navies interact regularly at bilateral and multilateral forums and participate in maritime exercises such as MALABAR and RIMPAC. China and Iran also dominated the press conference.

While on China, the US Navy chief hoped that as the country expands "it complies with International rules-based order", on the developing situation in West Asia especially on Iran, he said, US is "working very closely with everybody".