President Trump`s tweet on Sunday is not the first time he has described Antifa as a terrorist group. 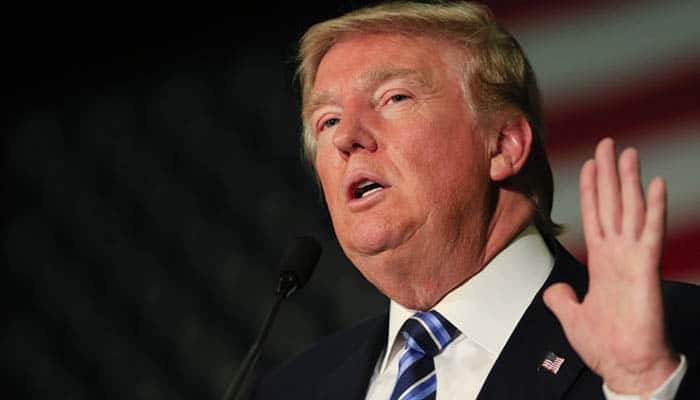 New Delhi: US President Donald Trump on Sunday (May 31, 2020) said that the US government will designate the anti-fascist group Antifa as a terrorist organization.

The announcement, made by Trump on Twitter, comes amid violent nationwide protests about police brutality following the death of 'George Floyd' seen on video gasping for breath as a white Minneapolis police officer knelt on his neck.

The United States of America will be designating ANTIFA as a Terrorist Organization.

US Attorney General William Barr said on Saturday "outside radicals and agitators" have hijacked protests in US cities over the killing.

"Groups of outside radicals and agitators are exploiting the situation to pursue their own separate and violent agenda," Barr said in an on-camera statement.

It is not clear how many, if any, of the protesters participating in demonstrations across the country are from Antifa. John Harrington, the head of Minnesota`s Department of Public Safety, told a news conference on Sunday that about 20% of Saturday`s arrest records were for people out-of-state, though he did not yet have the total for Saturday night`s arrests.

Trump`s tweet on Sunday is not the first time the president has described Antifa as a terrorist group.

Other conservative politicians, such as Texas Senator Ted Cruz, have made similar statements.

It is also unclear whether the Trump administration is seriously pursuing the designation through formal channels, which would typically require coordination across multiple federal agencies.