USAID assistance in the West Bank and Gaza has ceased: US official

The halt was requested by the Palestinian Authority but is certain to bring further hardship to people in the already deprived territories. 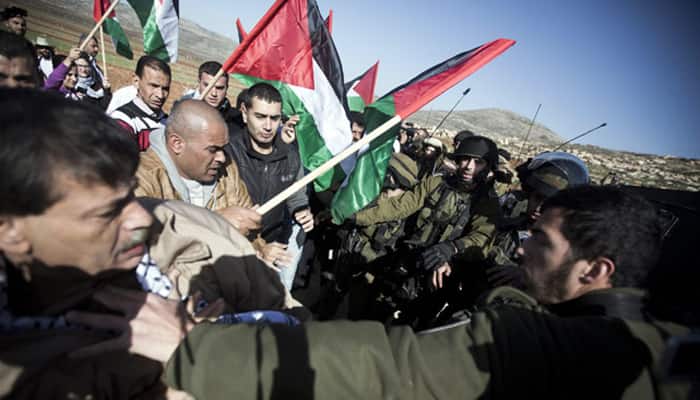 JERUSALEM:  The US Agency for International Development (USAID) has ceased all assistance to Palestinians in the occupied West Bank and Gaza, a U.S. official said on Friday.

The halt was requested by the Palestinian Authority but is certain to bring further hardship to people in the already deprived territories.

The deadline also sees the end of about $60 million in U.S. aid for the Palestinian security forces, whose cooperation with Israeli forces helps maintain relative quiet in the West Bank.

The decision was linked to a Jan. 31 deadline set by new U.S. legislation under which foreign aid recipients would be more exposed to anti-terrorism lawsuits.

President Donald Trump`s Middle East envoy, Jason Greenblatt, said the aid was cut at the request of the Palestinian Authority.

"This aid was cut (not just suspended) at the PA’s request because they didn’t want to be subject to US courts which would require them to pay US citizens killed by Palestinian terrorists when the PA was found guilty," he said in a tweet.

The Palestinian Authority declined further U.S. funding over worries about its potential legal exposure, although it denies Israeli accusations that it encourages militant attacks.

"At the request of the Palestinian Authority, we have wound down certain projects and programs funded with assistance under the authorities specified in ATCA in the West Bank and Gaza, a U.S. official told Reuters on Friday.

"All USAID assistance in the West Bank and Gaza has ceased."

USAID is the main agency administering U.S. foreign assistance in the Palestinian territories. According to its website, the agency spent $268 million on public projects in the West Bank and Gaza as well as Palestinian private sector debt repayment in 2017, but there were significant cuts to all new funding through the end of June 2018.

Nabil Abu Rudeineh, a spokesman for Palestinian President Mahmoud Abbas, said: "The suspension of aid to our people, which included critical sectors such as health and education, will have a negative impact on all, create a negative atmosphere, and increase instability."
Greenblatt called Rudeineh`s statement disingenuous.

"Palestinians are too smart to continue to live as victims and recipients of foreign aid. Until a political solution is found (maybe it will be our peace plan?), the PA must focus on helping Palestinians lead better lives," he tweeted.

The Palestinian Authority is an interim self-government body set up following the 1993 Oslo peace accords. The peace process, aimed at finding a two-state solution to the Israeli-Palestinian
conflict, has been stalled since 2014.

In the Hamas-ruled enclave of Gaza, Hamas spokesman Ismail Rudwan condemned the cuts, deploring what he called "politicised money".

The announcement comes after humanitarian officials in the West Bank and Gaza said they were already facing a cutback from donors worldwide.
Last year Washington cut hundreds of millions of dollars of aid to the Palestinians, which included funding to humanitarian groups supported by USAID.

The U.S. cuts were widely seen as a means of pressuring the Palestinian leadership to resume the peace talks with Israel and to engage with the Trump administration ahead of its long-awaited Middle East peace plan.

As a result, dozens of NGO employees have been laid off, programmes shut down, and infrastructure projects halted.

In Gaza, Mohammad Ashour said he once earned $600 a month providing psychological support to people with chronic diseases such as high blood pressure, diabetes and cancer.

The project was run by the Palestinian Center for Democracy and Conflict Resolution. But, said Ashour, he lost his job last summer because the program was funded with the help of USAID money.

"I have no clue how am I going to pursue my life," said Ashour, from Bureij refugee camp.

"I have no job and I am in debt, maybe tomorrow the police will come and take me to jail. An educated man ends in jail, I am wrecked."

In August, Washington announced an end to all U.S. funding for the U.N. agency that assists Palestinian refugees. The agency received $364 million from the United States in 2017.

In January the World Food Programme cut food aid to about 190,000 Palestinians due to a shortage of funds.

"We will find a solution to these things. I won`t get into details," Israeli security cabinet minister Yuval Steinitz told Israel Radio on Thursday.

Deadly Brazil dam burst likely had same cause as previous one: official