The concept of serious reportage took a hilarious turn last week after a Pakistan-based journalist decided to live report from his own wedding. 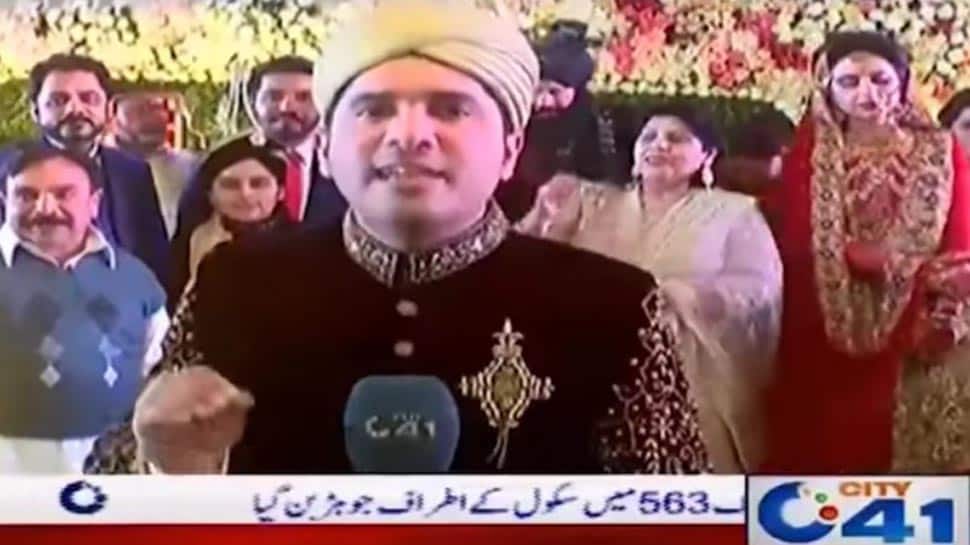 ISLAMABAD: The concept of serious reportage took a hilarious turn last week after a Pakistan-based journalist decided to live report from his own wedding.

Hanan Bukhari, a reporter with local Pakistani channel City 41, interviewed his newly-wedded wife, in-laws and other family members as the ceremony took place.

Watch our reporter cover his own wedding in #Faisalabad here! #City41 #ReporterKiShaadihttps://t.co/DikKqDK4cb pic.twitter.com/09K38K3zMQ

Giving the segment an investigative turn, it's revealed that Bukhari pursued his wife for nearly four years before she finally accepted his proposal. He further states that it's a love match.

Donned in a groom’s attire, Bukhari held a mic while interviewing and informing viewers that he is very happy about the entire event. The footage of the wedding ceremony went viral on social media.

Another Twitter user wrote, “A #reporter from #Faisalabad covered his own #wedding and #Pakistanis are losing it #online!”

The incident reminded several people of Chand Nawab's video footage with went viral on the internet.

In the video, Nawab was trying to report on a stairway at a railway he was constantly interrupted by people.