The unprecedented pictures of 34-year-old Major-General Sineenat Wongvajirapakdi were released by Thailand's palace on its website along with her official biography. 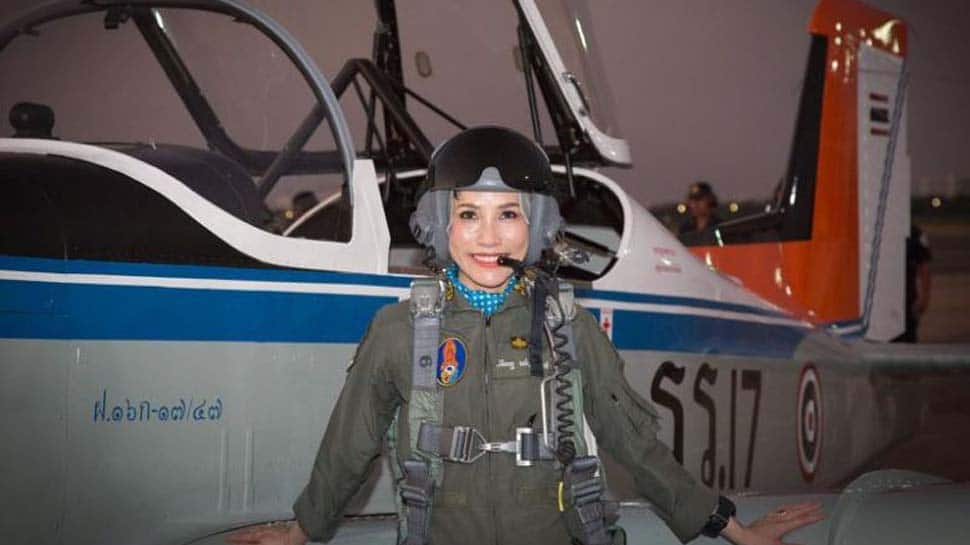 The website of Thailand's palace crashed on Monday hours after it released pictures of King Maha Vajiralongkorn's consort in a fighter jet, wearing a crop top and dressed in combat fatigues.

The unprecedented pictures of 34-year-old Major-General Sineenat Wongvajirapakdi were released by Thailand's palace on its website along with her official biography. A palace official said the volume of traffic on the website prompted the concerned authorities to fix it. It is to be noted that Thailand's palace a stric policy of not commenting to media.

Sineenat, a former nurse and bodyguard of King Vajiralongkorn, was named as Royal Noble Consort by the king on his 67th birthday in July. Sineenat's appointment was the first such appointment in almost a century.

In some of the pictures released by Thailand's palace website, Sineenat can be seen wearing Thai dress and sitting at the king's feet. In some photos, she can be seen siting inside the cockpit of a fighter jet donning a grey camouflage pattern crop-top. Some candid pictures show Sineenat and the king holding hands. In one picture, king and Sineenat can be seen in green combat fatigues with the royal pet dog.

Sineenat was born in the northern province of Nan and she has done her graduation from the Royal Thai Army Nursing College. Sineenat has undergone training as a pilot in Thailand and abroad and has also served in the king’s royal bodyguard unit. She was appointed as major-general in May.

Sineenat was appointed as king's consort after he got married to a former flight attendant and deputy head of his bodyguard unit, Suthida Tidjai and announced her as the next queen of Thailand. It may be recalled that 41-year-old Tidjai was named as queen days before King Maha Vajiralongkorn's coronation in May.