'You are safe now': Moments of heroism in Christchurch massacre

Eyewitnesses say a second attack by the gunman was partly thwarted by Abdul Aziz, 48, who was born in Afghanistan. 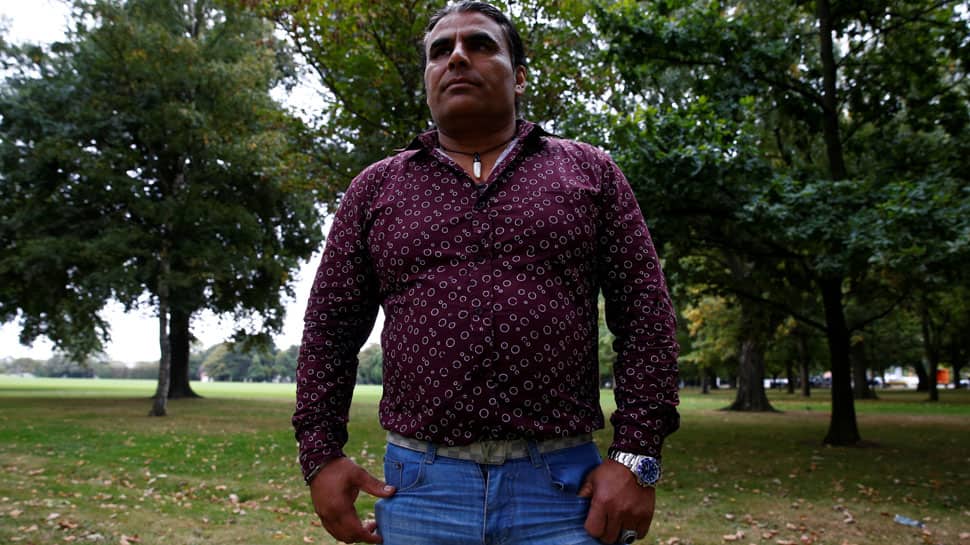 CHRISTCHURCH/WELLINGTON: As New Zealanders struggled to cope with the deadly mayhem in Christchurch, stories of heroism have emerged from the tragedy, including a worshiper who chased away the gunman armed only with a credit card machine. Fifty people were killed on Friday and dozens more injured.

Brenton Tarrant, 28, has been charged with murder in relation to the killings, and police have said he will face further charges. But the police and eyewitnesses say a second attack by the gunman was partly thwarted by Abdul Aziz, 48, who was born in Afghanistan.

Aziz said he charged at the shooter outside the Linwood mosque when someone shouted that a gunman had opened fire. The gunman had already killed dozens at the Al Noor mosque nearby, and on the streets. "He had on army clothes. I wasn`t sure if he was the good guy or the bad guy. When he swore at me, I knew that he`s not the good guy," Aziz told Reuters in an interview.

When he realised the mosque was being attacked, he ran towards the gunman, picking up a credit card machine as a makeshift weapon. The shooter ran back to his car and got another gun. Aziz said he threw the credit card machine, ducking between the cars as the shooter opened fire. He then picked up a gun dropped by the shooter and pulled the trigger, but it was empty: "I was screaming at the guy, come over here, come over here – I just wanted to put his focus on me."

Aziz said the gunman went inside the mosque, and he followed, eventually confronting the shooter again. "When he saw me with the shotgun in my hands, he dropped the gun and ran away toward his car. I chased him," he said. "He sat in his car and with the shotgun in my hands, I threw it through his window like an arrow. He just swore at me and took off."

Aziz said four of his children were with him at the mosque when the attack occurred. Nearly 100 Muslim worshippers who had taken cover in the mosque as the rampage unfolded were left unharmed.

When I came back in the mosque I could see that everybody was very frightened and trying to cover," Aziz said. "I told them, `Brother, you are safe now, get up, he`s gone. He`s just run away.` And then after that everybody started crying."

The attack is the worst ever peacetime mass killing in New Zealand. The shooter was arrested within 36 minutes after the attack started and charged with murder on Saturday, even as the death toll continued to rise and families waited to bury their dead.

Footage of the attack on one of the mosques was broadcast live on Facebook. Under New Zealand`s contempt rules, there are limits on what can be published about the suspect, to preserve his right to a fair trial.

Aziz is from Kabul, Afghanistan, but left the war-torn country several years ago. He has been in Christchurch for two and a half years and owns a furniture shop. More heroes came to light as investigators pieced together the incident.

Naeem Rashid, 50, was seen lunging at the gunman in the livestream video from the Al Noor mosque. Rashid, from Abbottabad, Pakistan, and a New Zealand resident for nine years, was in the mosque with his 21-year-old son. Both were killed in the attack. Safi Rizwan, a nephew of Naeem Rashid in Abbottabad, said his uncle had left a message for everyone. "If you see something happening that is not good for other humans, or if that is hurting other people, you give your everything to save them, even it means giving your life," Rizwan said.

Prime Minister Jacinda Ardern travelled to Christchurch on Saturday to comfort the Muslim community. She said in a news conference later that the gunman had planned to continue the killing spree if he had not been stopped. Police say they caught him 36 minutes after being alerted of the incident at Al Noor mosque at 1:42 p.m. on Friday.

Shortly before that, gunman began the livestream, in which he was seen parking outside the mosque. The video showed him pulling a gun from the rear of his car and heading into the mosque, where he fired at worshippers for about two minutes. He went back to his car to reload, then returned to the mosque to kill more people.

The shooter then left the Deans Avenue mosque, driving for about seven minutes to the Linwood mosque, which is on the other side of Christchurch`s botanical gardens. He began shooting outside the Linwood mosque, killing several people walking towards the building. Some shots hit the mosque windows and walls.

After Aziz confronted him, the gunman was chased down by two police officers who blocked his car and captured him, police say. He had two homemade bombs in the car, police say. "Those two police officers acted with absolute courage," Police Commissioner Mike Bush said at a news conference on Sunday. "They have prevented further deaths and risked their own lives to do so," he added.

Bush said armed police staff arrived at the first mosque within six minutes of an emergency call, and within 36 minutes, the gunman was in custody. Speaking about the hours after the attack, Greg Robertson, head of surgery at Christchurch Hospital, said the scale of victims arriving had shaken his staff. "We had patients that were delivered in cars ... rather than ambulances," Robertson said. "The ambulances start to arrive and then lots of ambulances arrived after that. It`s just comprehending what is the incomprehensible."

Under pressure, Britain's Theresa May scrambles to win support for Brexit deal