Coming down hard on the Aam Aadmi Party (AAP) government, Union Home Minister Amit Shah added that Arvind Kejriwal failed to do any positive work in Delhi in his entire tenure but he has been busy for the past five months in issuing one advertisement after another claiming to have carried out several development projects. 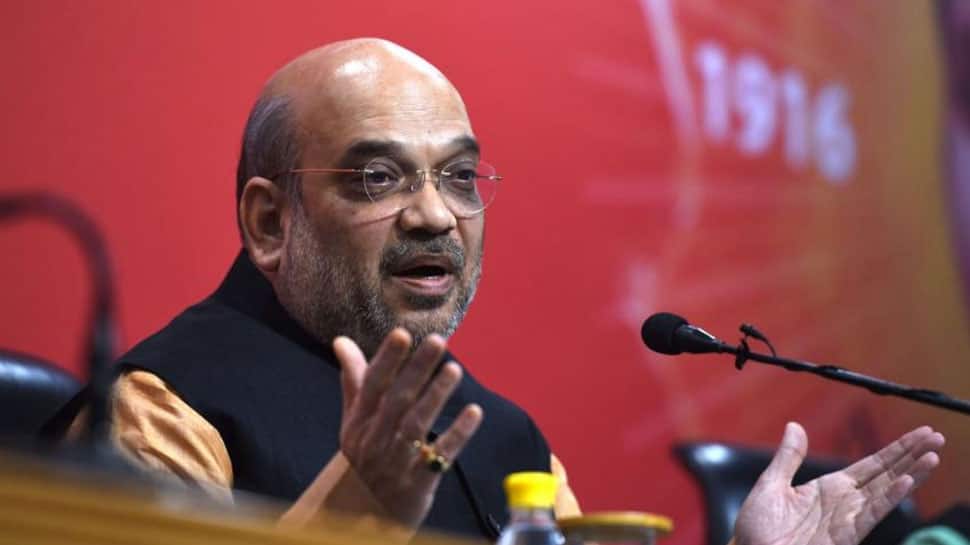 New Delhi: Delhi assembly election is on the horizon and the war of words between different political parties is on the rise. Union Home Minister and Bharatiya Janata Party (BJP) leader Amit Shah on Monday (January 6, 2020) targeted Delhi Chief Minister Arvind Kejriwal and Congress leader Rahul Gandhi during his speech at the inauguration of Delhi Cycle Walk in Tughlaqabad area of the national capital.

Highlighting the move by Prime Minister Narendra Modi's government to regularise unauthorised colonies in Delhi, Shah slammed Kejriwal for fooling the residents of the city and not keeping the promises made by his Aam Aadmi Party (AAP). "I want to reassure the residents of unauthorised colonies of Delhi that Prime Minister Narendra Modi will help them in getting their own houses replacing the slums. A pilot project has started and 20,000 slums will give way to houses soon," asserted Shah.

While promising that the Cycle Walk will help in combating pollution in Delhi, Shah claimed that once the track is functional, it will witness over 50 lakh people cycling and become a fashion statement.

He also took a potshot at the Kejriwal government for his CCTV scheme. "Kejriwal government failed to keep its promise of installing 15 lakh CCTVs across Delhi. But the people of Delhi are still searching for the CCTVs. The city's residents are being forced to drink polluted water. Throw away the election manifesto of AAP as Delhi will now elect the BJP," he claimed.

Coming down hard on the AAP government, Shah added that Kejriwal failed to do any positive work in Delhi in his entire tenure but he has been busy for the past five months in issuing one advertisement after another claiming to have carried out several development projects.

He stated that Delhi voters are with Narendra Modi because of which Arvind Kejriwal refused to implement the Ayushman Yojna. "Kejriwal was afraid that if Ayushman Yojna is implemented then residents of Delhi will see the good work of Modi government and start supporting him. But let me warn Kejriwal and AAP that Delhi is already with Modi. Your government is anti-poor and hit them hard. The voters of Delhi will give a befitting reply to you in this election."

He also attacked the Congress leadership, accusing it of spreading falsehood on the Citizenship Amendment Act and National Register of Citizens. "Rahul Gandhi and Priyanka Gandhi are misleading the minority community on CAA and NRC. They claim that these two will result in Muslims losing their citizenship. Congress leaders are responsible for violence and riots in Delhi. The entire country is watching Rahul baba's action. Congress was also miffed when our government abrogated Article 370 from Jammu and Kashmir and integrated the region with India completely."

Delhi assembly election is likely to be held in early February 2020. In the last assembly election in Delhi in 2015, the AAP had secured a landslide victory winning 67 of the 70 seats while the BJP had bagged the remaining three.