Though the BJP managed to finish as the single largest party in both Maharashtra and Haryana, the performance of the ruling party was far below the expectations of BJP leaders and political observers. 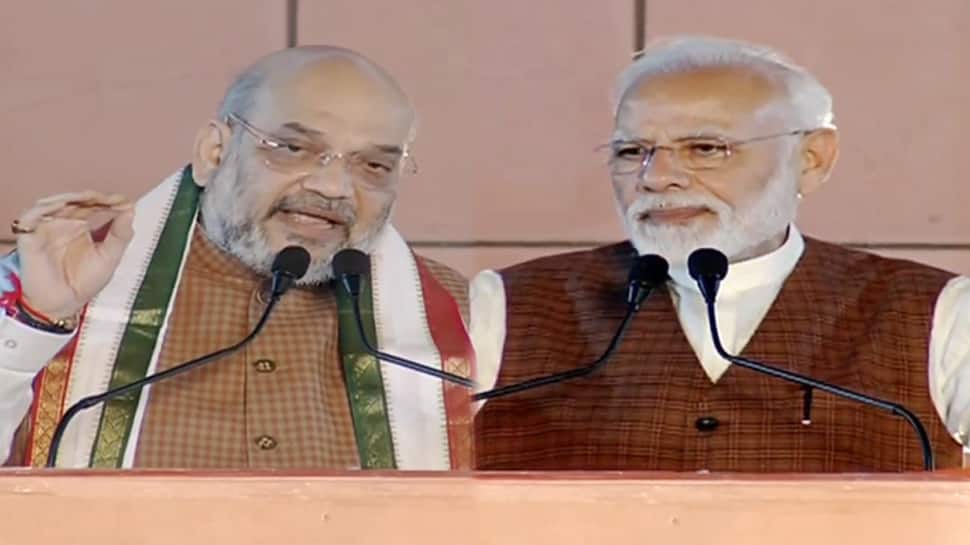 Maharashtra and Haryana assembly elections were similar and different at the same time. While the bigger state saw the Mahayuti of the Bharatiya Janata Party (BJP), Shiv Sena and smaller parties secure a simple majority in the 288-member Assembly, Haryana proved to be nailbiter where the Congress gave a scare to the Narendra Modi-Amit Shah led party.

Maharashtra and Haryana had the BJP in power after the 2014 Assembly elections and were expected to remain with the saffron party and its allies by a big margin with the opposition, primarily the Congress decimated. Powered by the charismatic leadership of Prime Minister Narendra Modi and the ruthless electoral machine led by Union Home Minister Amit Shah, the BJP was eye brute majorities in both the states.
However, the electorates of the two states had some other thoughts which most of the pollsters missed by a big margin. While Maharashtra still went with the BJP-Shiv Sena Mahayuti, the Maha-Aghadi of Congress-Nationalist Congress Party by the wily 78-year-old political veteran Sharad Pawar put up a better than expected show.

When the final result of the Maharashtra assembly election was declared late on Thursday (24) night, the BJP-Shiv Sena alliance had secured a simple majority by winning 163 seats with the Congress-NCP winning 104. Other parties and Independents bagged the remaining 21.
Though the BJP managed to finish as the single largest party in both Maharashtra and Haryana, the performance of the ruling party was far below the expectations of BJP leaders and political observers. In Maharashtra, the BJP managed to win 105 seats, 17 less than 2014 Assembly election, while in Haryana it failed to win a majority emerging victorious in 40, 6 less than the magic number in the 90-member Assembly.

Though the BJP-Shiv Sena is set to form the next government, it fell much short of completely decimating the opposition. The Sharad-Pawar-led NCP emerged out of the bruising fight with its head held high winning 54 seats while its ally Congress had 44 in its kitty.
Among the smaller parties and independents, the Bahujan Vikash Aghadi of Prakash Ambedkar made its debut in this election winning three seats. The All India Majlis-e-Ittehadul Muslimeen, Prahar Janshakti Party and Samajwadi Party won two seats each. The Maharashtra Navnirman Sena, the Swabhimani Shetkari Party, the CPI-M, the Rashtriya Samaj Party, the Jan Surajya Party and the Krantikari Shetkari Party registered victory in one seat each. Among the independents, 13 emerged victorious.

In Haryana, the performance of the BJP left everyone surprised because the party had been claiming it would win 75+ seats. But n the end it had only 40 seats to show for its efforts. Though the Chief Minister Manohar Lal Khattar-led party emerged as the single largest in the state, it failed to breach the halfway mark of 46 in the 90-member state Assembly and is now dependent on the support of either the Jannayak Janata Party (JJP) or the seven Independent MLAs to return to power.

On the other hand, Congress under the leadership of former chief minister Bhupinder Singh Hooda left everyone stunned with its performance by winning 31 seats, 16 more than 2014 election. Newly formed Jannayak Janata Party (JJP) of Dushyant Chautala emerged as the 'real' winner in this poll as the party succeeded with 10 seats. The INLD fared poorly as it won only one seat. Seven independents have also won, while one seat was won by Gopal Kanda of Haryana Lokhit Party.

Chief Minister Khattar registered an easy win from Karnal and Congress leader Hooda also won in his bastion of Garhi Sampla-Kiloi in Rohtak district. Khattar defeated his nearest rival Tarlochan Singh of the Congress by 45,188 votes.

For Congress, its national spokesperson and sitting MLA Randeep Singh Surjewala lost from Kaithal by a margin of only 1,246 votes. Congress leader Kiran Chaudhary, however, won from Tosham seat by over 12,000 votes.

The results for bypoll to 51 Assembly seats and two Lok Sabha seats spread across 18 states were also declared on Thursday with the BJP winning 17 and the Congress 11.

In Uttar Pradesh, by-elections were held for 11 Assembly seats. The BJP won 7, its ally Apna Dal 1, and the Samajwadi Party managed to emerge victorious on 3 seats.

In Gujarat, by-election was held on 6 seats, out of which the BJP bagged Kheralu, Lunawada and Amraiwadi while the Congress won Tharad, Bayad and Radhanpur seats. Raghubhai Merajbhai Desai of Congress defeated Alpesh Thakor, who quit Congress to join the BJP, in Radhanpur.

The BJP won the Ratabari, Rangapara and Sonari seats in Assam, while Jania seat was won by the All India United Demoratic Front. In Himachal Pradesh, the BJP won from Dharamshala and Pachhad seats. Independent candidate Chakat Aboh secured victory from Khonsa West constituency in Arunachal Pradesh.

In Punjab, the ruling Congress won in three of the four seats, while Shiromani Akali Dal won one seat. In Rajasthan, Rita Choudhary of Congress defeated Sushila Singra of BJP in Mandawa but the ruling party faced defeat in Khinwsar seat.

The Congress also managed to win two of the five seats in Kerala, while the ruling Communist Party of India-Marxist won in Konni and Vattiyoorkavu seats. In Meghalaya, the United Democratic Party's Balajied Kupar Synrem won from Shella seat, while the Biju Janata Dal managed to retain Bijepur constituency in Odisha with Rita Sahu registering an easy win over Sanat Kumar Gartia of BJP.

The results of bypoll for Satara Lok Sabha seat in Maharashtra and Samastipur Lok Sabha seat in Bihar were also declared on Thursday. In Satara, NCP's Shriniwas Patil defeated BJP's Udayanraje Bhonsle by over 85,000 votes. In Samastipur, Prince Raj of Lok Janshakti Party defeated Ashok Kumar of Congress by a margin of over 1 lakh votes.