Devendra Fadanvis and Ajit Pawar will take charge of office as Maharashtra Chief Minister and Deputy Chief Minister. They took oath on Saturday and Monday is the first working day and so they will visit their respective offices. 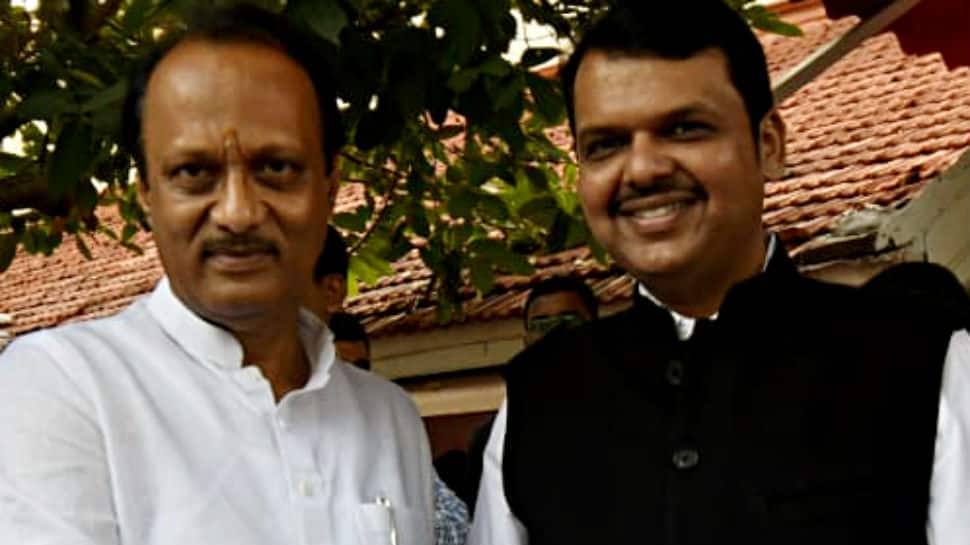 New Delhi: Maharashtra Chief Minister Devendra Fadnavis and Deputy Chief Minister Ajit Pawar will take charge of their respective offices on Monday amid the ongoing drama over government formation in the state.

The two leaders were sworned-in to office on Saturday and Monday marks their first day at the ministry.

Fadnavis, who belongs to the Bharatiya Janata Party (BJP), took oath as Maharashtra CM for the second consecutive term. Nationalist Congress Party (NCP) leader Ajit Pawar's move to support BJP has created an uproar as party chief Sharad Pawar said that neither he and nor the others endorse his decision. The development happened at a time when Pawar, along with Congress and Shiv Sena had seemingly reached the final stage of government formation in Maharashtra. He had also said that Sena chief Uddhav Thackeray will be the alliance government's CM for 5 years.

Maharashtra was placed under President's Rule after no major party was able to stake claim to form government. The imposition was revoked a few hours before Fadnavis and Ajit Pawar took oaths.

After Fadnavis and Pawar's Saturday morning twist, the NCP-Congress-Sena moved the Supreme Court for an urgent hearing on their plea challenging Maharashtra Governor Bhagat Singh Koshyari's decision to invite Fadnavis to form the government.

While hearing the plea on Sunday, the Supreme Court asked the Solicitor General to produce letters of support used by Fadnavis in staking claim to form the government on Monday morning at 10.30 am for passing orders.

A bench headed by Justice NV Ramana and comprising Justices Ashok Bhushan and Sanjeev Khanna said the court will decide on taking the call, prayers in the petition of Shiv Sena, Congress and NCP, on immediate floor test after examining the Governor's order inviting Fadnavis to form the government in the state.

The court will conduct a further hearing on the matter on Monday. Solicitor General Tushar Mehta said the central government is authorised to request the documents from the Governor.