The polling in the first phase of assembly election began around 7 am amid unprecedented security. In the first phase, polling was held in Chatra, Gumla, Bishunpur, Lohardaga, Manika, Latehar, Panki, Daltonganj, Bishrampur, Chhatarpur, Hussainabad, Garhwa, and Bhawanathpur. 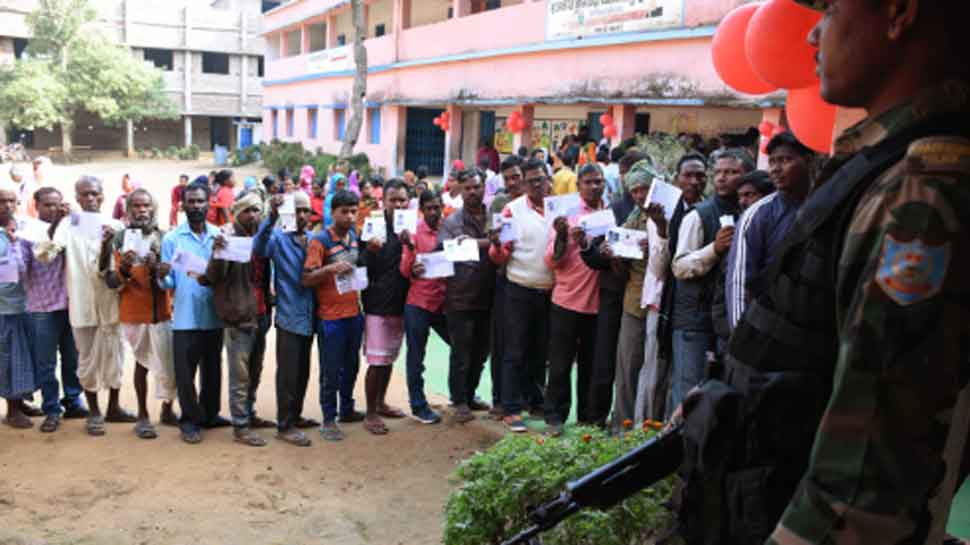 RANCHI: A total voter turnout of 64.44 percent was recorded in the first phase of polling for the Jharkhand Assembly election 2019 as the voting concluded around 3 pm on Saturday.

The polling in the first phase of assembly election began around 7 am amid unprecedented security.

According to Election Commission data, the highest polling 71.47 percent was recorded at Lohardagga and the lowest 56.59 percent at the Chatra seat.

Earlier today, Prime Minister Narendra Modi took to microblogging site Twitter and appealed to the people of Jharkhand to exercise their right to vote and participate in the festival of democracy in large numbers.

Phase 1 of the Jharkhand elections is in progress. I urge those whose constituencies go to the polls today to vote in large numbers & enrich the festival of democracy.

Jharkhand Chief Minister Raghubar Das also appealed to the people to come out and vote in large numbers.

"I appeal to all to vote in large numbers. Your one vote is important for the development of the state," he said.

The polling was by and large peaceful and there were no reports of hooliganism.

However, the voting was delayed in two polling booths in Latehar due to technical snag.

One Naxals activity was reported in Gumla district were they blow up a bridge in Bishnupur but there were no injuries reported.

Deputy Commissioner Shashi Ranjan said that the Naxals were not able to affect voting in anyways.

According to Election Commission, of the 4,892 booths in the first phase, 4,585 were located in rural areas and 307 in urban areas. Of this, 121 were Sakhi booths and 417 model booths. In the first phase, the webcasting facility was provided at 1,262 booths.

The second phase of the election is scheduled to take place on December 7 in 20 constituencies of the state.

As many as 190 candidates are in the fray for the 13 assembly seats in the Palamu, Latehar, Chatra, Lohardra, and Gumla districts.

The 81-member Jharkhand assembly election is being held in five phases between November 30 and December 20.

The votes will be counted on December 23.