Speaking on the delay by the leaders of the Congress, Pawar said, "The Congress leaders here can take the decision and then communicate it to the leaders at the national level over the telephone. This is another way of having a discussion." 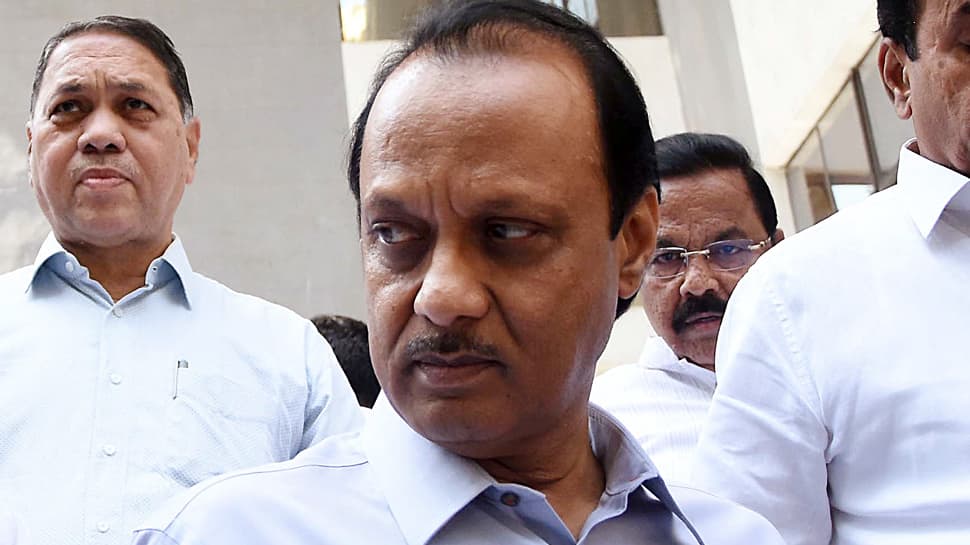 Nationalist Congress Party (NCP) leader Ajit Pawar on Tuesday asserted that the time given to them by Maharashtra Governor Bhagat Singh Koshyari to submit him their letters of support is not sufficient. Speaking to the media, he said, "The Governor has asked for the names of all the MLAs, their constituency and their signature, which is not possible in such a short time."

Speaking on the delay by the leaders of the Congress, Pawar said, "The Congress leaders here can take the decision and then communicate it to the leaders at the national level over the telephone. This is another way of having a discussion."

Amid the political turn in Maharashtra towards the possibility of President's rule, Pawar maintained that they will have the strength of 145 members and can then stake claim to form government in the state. The NCP is keeping all its options open. Even if there is no agreement now and President rule is imposed, later too when Shiv Sena, Congress and NCP come together crossing the 145-mark, they can form the government.

On Monday, NCP chief Sharad Pawar and other senior leaders of the party were waiting for it but it was not received from the Congress.  Top sources in Congress had said that the letter of support wasn't issued by the party to Shiv Sena because when Congress interim chief Sonia Gandhi dialled Sharad Pawar to confirm, the NCP chief maintained that talks with Shiv Sena chief Uddhav Thackeray weren't mobilized by then. He hinted that the Congress is delaying and being undecisive.

With no government in sight and none of the bigger parties able to secure the numbers required to reach the majority mark of 145 in the 288-member Maharashtra Assembly, the state it seems is heading towards President's Rule. If none of the parties come forward to form the government with a reasonable time and the governor is sure that there is no way to achieve the same, he may recommend President's Rule in the state. Maharashtra Assembly election result was declared on October 24, 2019, and since then the big four - Bharatiya Janata Party (BJP), Shiv Sena, Nationalist Congress Party (NCP) and Congress - have been involved in a slugfest over government formation.

On Monday evening, the Shiv Sena failed to convince Governor Koshyari to give the party more time to secure the letters of support from the NCP and Congress. The Governor then asked the NCP, which is the third-largest party in Maharashtra Assembly with 54 MLAs, to express its willingness to form a government in the state and gave it time till Tuesday 8.30 pm for the same. But it is unlikely that NCP will be able to get the Congress on its side as leaders of the two parties have been involved in a war of words ever since the Governor's invite to the former.

While the NCP has 54 MLAs, the Congress is the fourth-largest outfit in Maharashtra Assembly with 44 legislators. Together the two have only 98 MLAs which is 47 short of the majority mark. BJP is the single largest unit in Maharashtra with 105 MLAs but has conveyed to Governor Koshiyari its inability to muster up the numbers for government formations.