Shiv Sena compares BJP to Hitler, says Maharashtra is not a slave of Delhi

The Shiv Sena, in its mouthpiece Saamana, launched lashed out at the Bharatiya Janata Party (BJP) and compared it to German dictator Adolf Hitler while saying that Maharashtra was not a slave of the central government at Delhi. 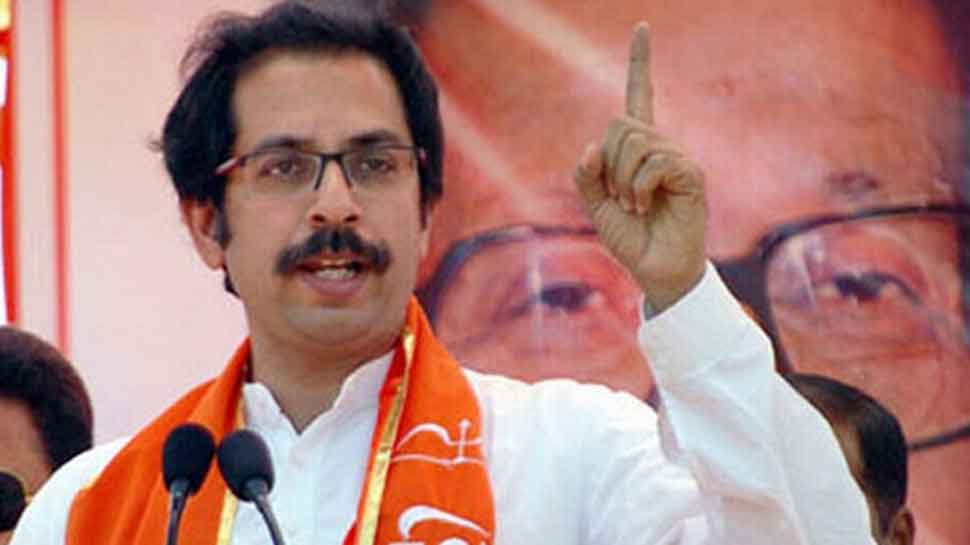 MUMBAI: The Shiv Sena, in its mouthpiece Saamana, launched lashed out at the Bharatiya Janata Party (BJP) and compared it to German dictator Adolf Hitler while saying that Maharashtra was not a slave of the central government at Delhi.

In a veiled reference to the BJP, Saamana said that the party which ruled on fear for five years, has been left in bewilderment itself. Shiv Sena said that the Prime Minister Narendra Modi had declared outgoing CM Devendra Fadnavis as the chief ministerial candidate immediately after the results of state assembly election were announced. "However, Fadnavis could not take oath despite having blessings from Delhi as the next CM as Home Minister Amit Shah remained isolated from the events in Maharashtra," the Saamana said.

"Shiv Sena, which is the largest party of the 'Mahayuti', is not willing to talk to the outgoing Chief Minister, is the biggest defeat of the BJP," editorial said while asserting that Sena chief Uddhav Thackeray will decide on who will become the next CM of Maharashtra.

Shiv Sena further attacked the BJP and said that even politics of fear could not help the ruling party forge an alliance, and the BJP should learn from its mistakes that Hitler has died and the shadow of slavery has disappeared.

Shiv Sena also cited the ongoing scuffle between Delhi Police and lawyers that ensued following the clash at Delhi's Tis Hazari court over a parking issue and slammed the Home Ministry for not been able to avert the situation. Saamana editorial claimed that in Delhi, the upholders of the law, police have come to the roads and broken the law. The law and order of Delhi stand completely ruined and anarchy has been established, leading to chaos.

Saying that this was a lesson for those trying to create political chaos in Maharashtra, the Shiv Sena editorial asserted that politics of Maharashtra should remain within the state and not get "maligned with Delhi air" as Maharashtra was not a slave of the Centre.

Hinting at a possible alliance between Shiv Sena and the NCP, Saamana said that senior politician in the state Sharad Pawar will be instrumental in government formation in Maharashtra and added that several Congress MLAs have also met party chief Sonia Gandhi in Delhi. They also told Sonia Gandhi that the decision of Maharashtra should be handed over to Maharashtra only, Saamana claimed.

"The next chief minister of Maharashtra should not be from the BJP is the unified mandate of the state," the Shiv Sena said while adding that they will ensure this to all costs.

This comes even as sources suggested that Sharad Pawar-led NCP is ready to extend support to Shiv Sena to form government in Maharashtra while the Congress will extend support from outside. Sharad Pawar is likely to meet Sonia Gandhi on Monday and it is expected that the Shiv Sena-NCP-Congress alliance may be announced by November 12 to stake the claim to form the government in Maharashtra.

Maharashtra Governor Bhagat Singh Koshyari on Saturday invited acting Chief Minister Devendra Fadnavis, leader of the single largest party BJP, to indicate its willingness to form the government in the state and prove majority by Monday 8 pm.
However, if the BJP is not able to prove the majority on the floor of the house, the Governor may ask Shiv Sena, the second-largest party in the state with 56 seats the same. If the coalition between the Shiv Sena and NCP is finalised, the party is expected to rake in the support of a total of 163 MLAs-- which includes MLAs from the Shiv Sena (56), Independents (7), NCP (54), and the Congress (44).