Mahindra and Mahindra, which has already announced plans to invest Rs 3,000 crore in EVs, is also considering a new brand name for the electric SUVs that it will launch by 2027. 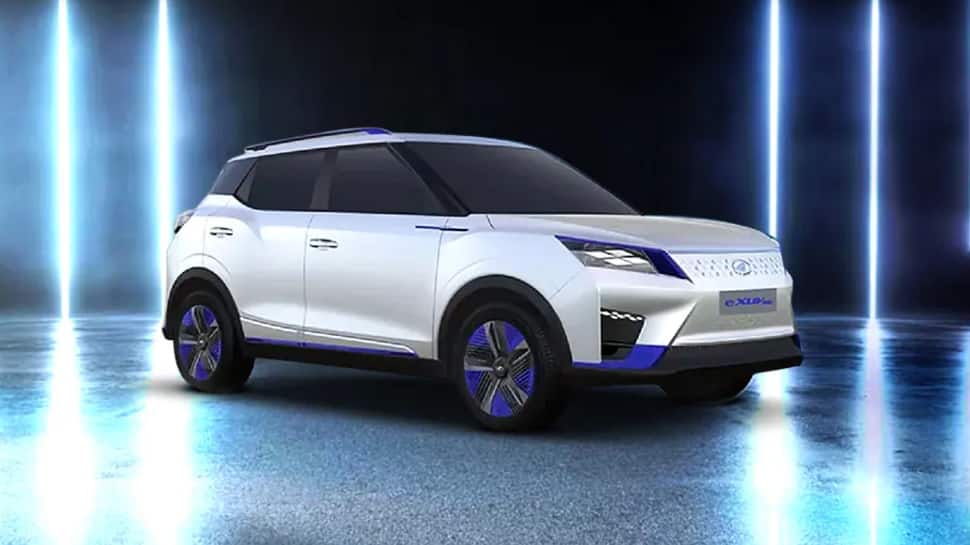 Homegrown auto major Mahindra & Mahindra on Tuesday said it plans to launch 16 electric vehicles (EVs) by 2027 across SUV and light commercial vehicle categories to strengthen its leadership position in India's electric mobility segment. The company, which has set a cumulative revenue growth target of 15-20 per cent by 2025, is keeping its options open to either bring in private equity investors or carve out its EV business into a separate entity to drive its growth.

M&M, which has already announced plans to invest Rs 3,000 crore in EVs, is also considering a new brand name for the electric SUVs that it will launch by 2027. "In SUV, we are looking at 13 new launches by 2027 of which eight will be electric. We think by 2027 we'll be ready for at least 20 per cent of the total UV (utility vehicles) volumes coming from electric vehicles," M&M Executive Director Rajesh Jejurikar told reporters in a virtual earnings conference.

Four of the new electric SUVs are expected between 2025-27. In the light commercial vehicles (LCV) segment, he said there will also be eight EVs out of 17 new product launches planned by 2027.

"So you can clearly see a strong focus on electric, some of these electrics will be completely new, the balance will be derived from existing products," Jejurikar added. When asked if M&M is open to bring in private equity players to invest in its EV business or carve it out into a separate entity, M&M Managing Director and CEO Anish Shah said,"We are open to all options because electric is going to be major and therefore we are not losing any options."

He said it is not just the EV but also in other segments such as farm machinery and the company's "growth gems", that M&M is open "to looking at funding coming in from outside that will help us grow much faster".

"It's not just for capital. It's also for any expertise that investors may bring in. In the world that's evolved to where we are today, we've seen expertise coming in from sometimes private equity firms or other strategic partners and that will help us grow faster. So we are open to it across any of our businesses," Shah said without sharing details.

Reiterating M&M's ambition to be a leader in electric mobility in India, Jejurikar said the company has a lot of core capabilities in the segment and in the electric three wheeler segment it had a market share of 68 per cent in the second quarter.

Commenting on the company's growth ambitions, he said, "By the year 2025 we should see a revenue growth of 15-20 per cent over a three year cumulative period."
The company had posted a consolidated revenue of Rs 21,470 crore in the second quarter ended September 30, up 12 per cent from the same period last fiscal.
Stating that M&M is also betting big on its farm equipment sector, he said, "We believe farm machinery revenue will grow by 10 times over our current levels by 2027 with 15 new products."

The company expects the domestic farm machinery industry to grow from its current value of Rs 5,000 crore to around Rs 12,000 crore by 2027. By then, he said M&M is looking at a potential revenue of about Rs 4,000 crore from selling of products in the domestic market and about Rs 1,000 crore of exports from India.