The versatile actress of the Bhojpuri industry, Anjana Singh has unveiled her latest music video. After proving her mettle as an actress, Anjana has recorded a music video for her fans. 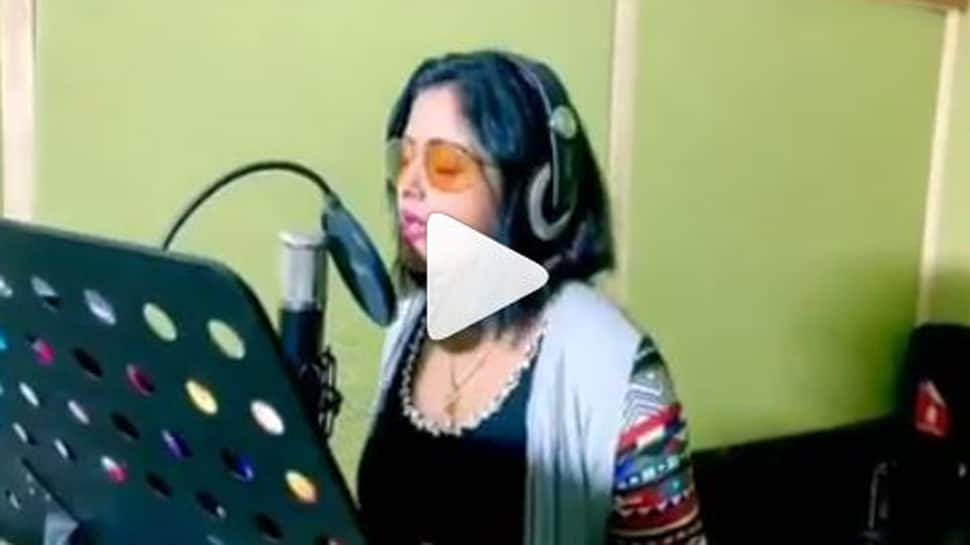 New Delhi: The versatile actress of the Bhojpuri industry, Anjana Singh has unveiled her latest music video. After proving her mettle as an actress, Anjana has recorded a music video for her fans.

The multi-talented actress is also known as the lady Rajinikanth in Bhojpuri movie industry as she has worked with almost all the A-listers. The actress has been a part of some of the most popular films and has some memorable roles to boast of.

On the work front, she will be seen in director Ravi Sinha's 'Shakti', where she plays the lead role. Apart from that, she has films like 'Saiyaan Ji Dagabaaz' and 'Chor Machaye Shor' lined up for release this year.

In Saiyaan Ji Dagabaaz', Anjana Singh will be seen with Bhojpuri superstar Dinesh Lal Yadav aka Nirahua. The film is directed by Ajit Shrivastava and produced by Rajesh Radhelal under the banner of Innovative Idea Productions.