Justice needs to be seen to be done. And the clean chit to the Chief Justice doesn't create such an image. 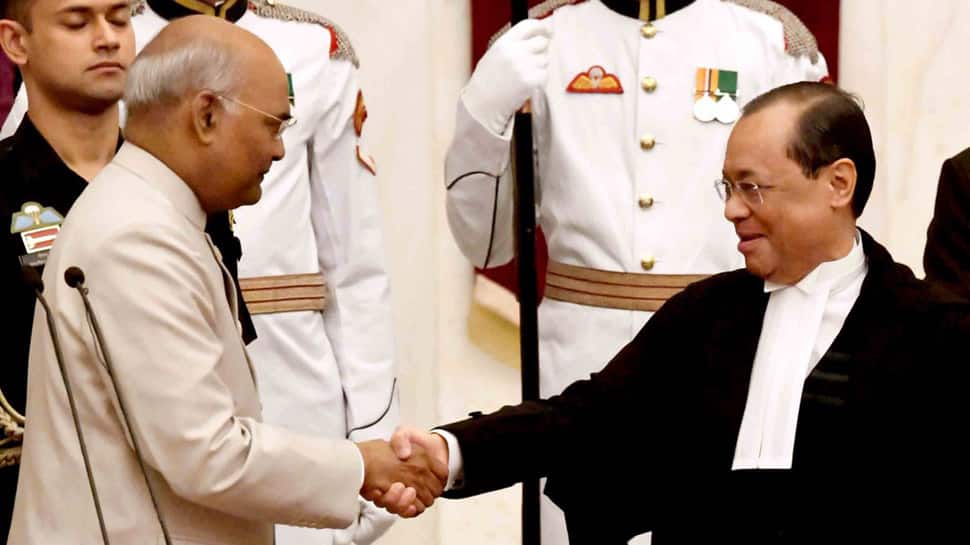 I was half-annoyed, half-amused as I woke up to read newspaper reports that said most judges of the Supreme Court of India - barring the exceptional Dhananjay Chandrachud - stood in "solidarity" with the Chief Justice of India, Ranjan Gogoi, who has been exonerated of charges of sexual harassment by an internal panel of judges of the highest court of the land.

Solidarity? Excuse me, but that word belongs in the lexicon of politics, not jurisprudence. Jurisprudence is the business of justice and law. The old saying goes that justice should not only be done but should also be seen to be done. It is not about judges supporting each other or their head but one governed by principles, procedures and evidence in a convincingly transparent manner. One principle is that judges are free of partisan concerns and where there is a potential conflict of interest, they recuse themselves from a case.

In the instance of a fired junior Supreme Court staffer accusing the CJI of sexual misconduct, the field is admittedly tricky, but the basic principle should be that a judge is best judged by someone who is not a colleague, especially since the accused in question is right on top of the judicial pyramid. The other issue is that there must be as much transparency as possible in the case. In the case of CJI Gogoi, both concepts seem to have been bypassed, and this calls for a fresh approach.

I have already written about how the judge should not judge himself but only mentioned in passing that the President of India should be involved in the matter. It is time now to invoke the idea of involving the President because both prominent lawyers and at least one sitting judge of the Supreme Court, Chandrachud, have questioned the manner in which the alleged victim was examined. Chandrachud did not like the idea that the inquiry went on though the woman in question opted out of the procedure. Her right to have a lawyer present has been denied and there has been no real inquiry as she was not present at all. This exoneration of the CJI goes against the principle of justice being seen to be done.

Also, typically, an independent inquiry is best done by someone not likely to be part of the day-to-day functions of an accused. It is true that the judiciary should be independent of pressures, but we have to ensure that the pressures should also not come from within - subtly or through the sheer process of interactions that create or can create strange situations. Already, one judge recused himself from the panel that absolved the CJI on the ground that he was considered a personal friend of Gogoi.

My attention is naturally drawn towards the President of India - the person who swears in the CJI and is technically the First Citizen of India, who towers above and outside all the other Constitutional offices. It is true that the President is usually a political man of sorts, indirectly elected by members of an electoral college comprised of legislators, and is bound by the advice of the Union Cabinet. But the office holds a special position.

The President of India plays a crucial role (as we witnessed during the coalition era of 1996 to 2004) in the formation of governments where he acts outside of the cabinet. In post-election scenarios, the previous government continues in a caretaker capacity. I would argue that in the current context, the government can be deemed to be in that status and the President can be petitioned to examine the case involving the CJI without seeking or abiding by the advice of the government or the legislature. The President clearly has special powers where the government is of a caretaker nature. In the case involving CJI Gogoi, I would like to think that the judiciary as a whole needs to be insulated and yet some principles of jurisprudence need to be exercised.

Judges, by judging themselves, become equivalent to politicians. By involving the President, an outsider to the judiciary, public faith in the judiciary can be restored. The President, in turn, should consult constitutional experts and/or appoint retired chief justices or judges of the Supreme Court and advise the panel to co-opt suitable persons to give a proper gender balance to the situation.

I am surprised that both women's groups protesting against the Supreme Court's processes and prominent lawyers expressing concern over the issue do not seem to have thought of the President. President Ram Nath Kovind should be petitioned in the best possible manner so that the case can resume in front of a truly independent panel. The CJI may be exonerated yet again, but that would be appropriate in terms of procedures.

Here, it must be remembered that Gogoi is hearing or has been hearing cases including the politically sensitive one on the Rafale aircraft deal in the election season. Political mischiefs to hurt the judiciary cannot and should not be ruled out. Targeting the CJI is not the issue. The real issue is of honest jurisprudence with an attendant set of procedures that raise the credibility of the judiciary.

The National Commission of Women is officially empowered to review the legal and constitutional precautions for women, and I do believe it has the powers to move the office of the President of India since the role of the judiciary in judging itself is of constitutional significance. Those concerned by the events surrounding the CJI case can move the NCW and ask it or go with it or move separately to appeal to the President. The case is a sensitive one, but the Constitution does provide elbow room for extraordinary situations. This is clearly one such instance.