Chief Justice deserves justice, but should not give it to himself

CJI Ranjan Gogoi has set a good precedent, but he perhaps could have done better. 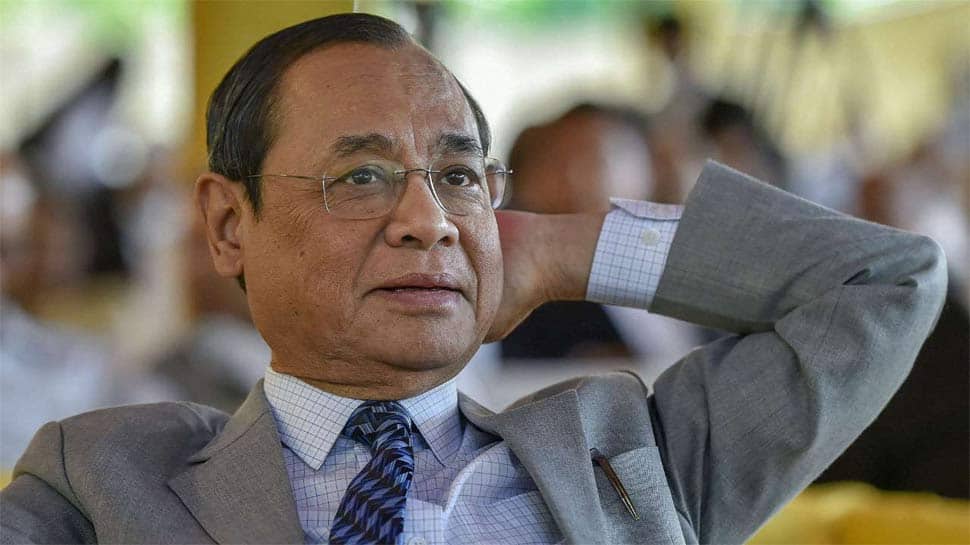 I was fortunate to be present last year at the Ram Nath Goenka Memorial Lecture, delivered by Justice Ranjan Gogoi, who was not yet the Chief Justice of India. He had then stressed the importance of "noisy judges" and "independent journalists" in the interests of democracy and justice in India.

The judges are unusually quiet this week, so let me try and be the other category.

Does the Chief Justice of India deserve some justice of his own? The answer to that, of course, is an emphatic yes, because every human being deserves justice. But a piquant situation has arisen because, at the pinnacle of his career, the man who heads the independent judiciary in the world's largest democracy now stands accused of sexual harassment by a dismissed employee.

Now, who shall judge the judges?
The answer to that question is not easy, but it is quite certain that we need the 11th Commandment of sorts to at least get started somewhere: "Thou shalt not judge thyself."

The judiciary exists as an independent institution for at least three reasons.

First, the democracy exists under the Constitution, and we need an institution to uphold its continuity - because legislatures and governments come and go. Second, we need someone to pronounce on legislatures and governments on behalf of the people of India in the public interest. Last but not least, an independent judiciary is needed because courts act on facts, laws and principles, and not on popularity and votes that legislatures thrive on, or on authority that the executive is usually associated with.

As it happens, Chief Justice Ranjan Gogoi definitely has a strong case because a former employee who temporarily worked in his home office has accused him in a context where he has been presiding over sensitive cases in the middle of general elections. There is now a separate case that alleges a conspiracy to frame him that is being considered by a bench of the Supreme Court. As of now, it is not even clear if the harassment case per se will be examined by the court, though there is speculation on its course through public interest litigation.

As a media person, it is important for me to see not just the content but the context of court cases. Given that everything from allegations of corruption in the Rafale aircraft deal to the conduct of the Election Commission itself has been under judicial scrutiny, it is legitimate to not take any accusation against the CJI at face value because that might potentially be a case of miscarriage of justice in itself.

However, the manner in which the CJI summarily rejected the charges by convening a special bench of the Supreme Court, describing the accusation against him as an attack on the judiciary, and then absolving himself without any hearing is questionable. The fact that Gogoi put it all before the media is commendable, but people don't vote in judges in India. We have to resolve the puzzle by understanding some issues with clarity.

It is not surprising that a couple of Supreme Court lawyers have questioned through an open letter to the Bar Council of India the manner in which the sexual harassment case has been taken up by the highest authority. They say in-house procedures of the highest court of the land have been violated.

The CJI's response amounted to defence of the judiciary but in front of fellow judges and hence there is a conflict of interest. When one judge recuses himself, another can take its place. But when the judiciary itself is involved, it stands to reason that we need a mechanism to resolve it that has elements of the judiciary but need not in itself be the judiciary - and certainly not one bound by the hierarchical rules of top-down examination.

As in any case, we need to examine the facts, the law and the evidence. The evidence here can include circumstantial evidence. In the context of the #MeToo movement that has caused upheavals in the corporate sector and the media, there has been a quick-fix attempt to assume the CJI must move away to help an impartial inquiry, but in the context of political upheavals, it is a damned-if-you-do and damned-if-you-don't kind of a situation.

Justice must eventually include justice for all concerned - and that includes parties who were being examined by the Chief Justice of India. If justice for one party derails justice for another, we have a constitutional conundrum to resolve.

The woman at the centre of the accusation has herself faced a corruption case against her in the past and was even arrested. Nor has she complained in the past through court procedures before her letter to 22 Supreme Court judges on Gogoi's conduct, according to the Secretary-General of the Supreme Court. This circumstantial evidence is also important.

We thus have a situation of mutual accusations. It also begs the question: Should not the judiciary employ people with an impeccable reputation in its best interest - especially at its highest levels? Does the judiciary have an intelligence mechanism to find the right people? If yes, there was an intelligence failure. If no, there ought to be one.

My guess is that the CJI should be first examined by the judiciary as a whole, not just a self-appointed bench. It is important to recall that Justice Ranjan Gogoi was among the four Supreme Court judges who questioned the ways of his predecessor, Dipak Misra, who conducted himself with quiet dignity after being put under a lens on the issue of assignment of cases.

Apart from setting a precedent himself that the CJI is not above examination, Gogoi in the process proved then that judges act as a collective entity, and in that lies the institutional quality of the judiciary that must rise above individuals. Picking up from there, I would like to think the judiciary as a collective must examine the details of the case in a fast-track way. Justice delayed is always justice denied but especially in a situation where the burden of the entire nation as well as the judiciary stands sensitively poised.

If there is nothing like a 'National Judicial Council' that groups India's judges, the least we owe to ourselves is a panel of jurists appointed by the President of India - who swears in the CJI - to examine the events in question and give at least a prima-facie verdict that does not deny justice to anyone. And let that panel include women. After all, we can't be having men-only "manels" in such cases. But you may say that the President should himself not be bound by cabinet advice in this case - because that might involve an interference in the judiciary by the executive! Maybe the President should consult retired CJIs or better still, go by their advice as a collective done in a transparent manner!

Perhaps it is time for me to tell the readers representing the people of India: "That's all, your honours!"