The intriguing poster shows the entire cast of the film. The bottom of the poster shows planet (Mars) with cast surrounding the outer surface of the Mars. 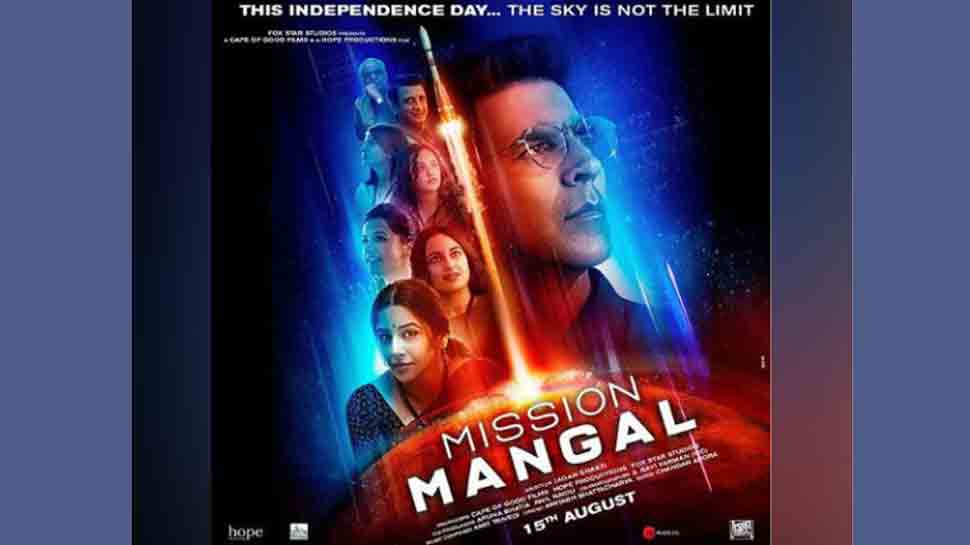 "A story of underdogs who took India to Mars. #MissionMangal, the true story of India's #SpaceMission to Mars, coming on Aug 15, 2019!" Akshay wrote on its Twitter account.

The intriguing poster shows the entire cast of the film. The bottom of the poster shows planet (Mars) with cast surrounding the outer surface of the Mars.

A spaceship can be seen dividing the cast into two parts with Fiery orange colour emitted from its base. While both the sides of the poster have a blue colour.

The first part shows bespectacled Akshay Kumar, who looks intense in a light stubble beard. The second part of the poster shows the entire cast of the film including Vidya Balan, Sonakshi Sinha, Taapsee Pannu, and Sharman Joshi among others.

Today, Akshay said that he chose 'Mission Mangal' especially for his daughter and children of her age to familiarise them with the incredible true story of India's mission to Mars!

The movie, based on a true story of India's mission to Mars, is about ordinary people achieving the extraordinary.

Helmed by Jagan Shakti the film is co-produced by 'PadMan' director R Balki.

This film is scheduled to hit the screens on August 15 this year. Last year too Akshay's 'Gold' was released on Independence Day. 'Toilet: Ek Prem Katha' and 'Rustom' among others were also released during the same time.