The shooting for the film will begin on November 1 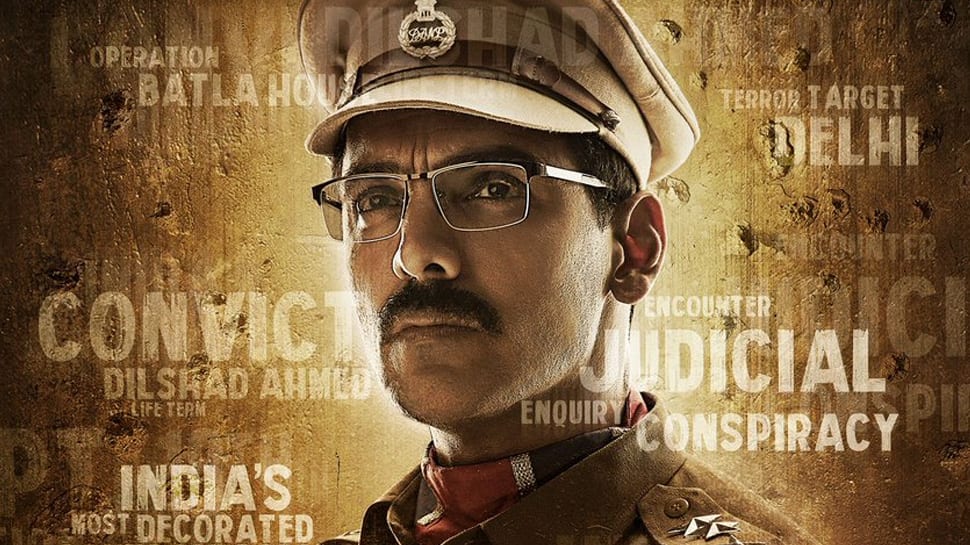 New Delhi: John Abraham's 'Batla House' has been creating a buzz ever since it was announced. The film is slated to release on Independence Day next year and will have the hunk of an actor playing a cop. John took shared a new poster of the film on Twitter and we bet it will leave you intrigued.

The actor wrote, “95 mins that took 8yrs to be resolved and changed his life forever.” The story of India’s most Decorated/Controversial Cop. #BatlaHouse”

John was last seen in Satyamev Jayate along with Manoj Bajpayee. The film opened up to a fantastic start by collecting 20.52 Cr. Despite of facing Box Office clash with Akshay Kumar's 'Gold', the film opened to big numbers and received a thumbs up from the audience. 'Satyamev Jayate' is a thriller drama which has been directed by Milap Zaveri and co-produced by Bhushan Kumar Krishan Kumar, Monisha Advani, Madhu Bhojwani and Nikkhil Advani respectively.

The trio of John Abraham, Nikhil Advani and Bhushan Kumar has now reunited for 'Batla House'. The shooting for the film will begin on November 1 and wrap up by January next year, reports suggest.

John, a model-turned-actor is also a film producer. He has produced films such as Vicky Donor, Madra Cafe, Rocky Handsome, Force 2, Parmanu- The Story of Pokhran and Marathi film Savita Damodar Paranjpe.