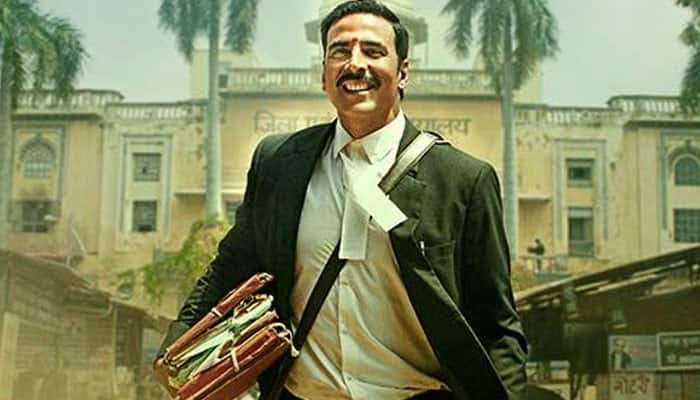 Astutely mounted on a larger scale and set in Lucknow, "Jolly LLB 2" is a redemption story. The film trails Jagdishwar Mishra aka Jolly, an assistant to a renowned lawyer, who desires to set up his own practice, cheats a young lady Hina, seeking justice for her husband Iqbal, in a case of mistaken identity.

Dejected with the turn of events, Hina takes a drastic step that jolts Jolly. Ridden with guilt and to undo what he did, he files a Public Interest Litigation. How he gains redemption and prominence, forms the crux of the tale.

The script meanders with some off-beat scenes and songs. The first half toils on establishing the characters and the Holi song in particular is incongruous to the plot.

This feel-good satire seems to have lost its lustre. Not that this is a bad film, but it does tread on a predictable terrain with a plethora of poignant moments, some powerful ones. Some of the scenes seem forced with comedy, some of the parts are laugh-out-loud funny, but beneath the humour is the subtle criticism of the corrupt system which can be easily manipulated. The courtroom drama is indeed interesting albeit weary and it lacks the soul of its previous edition.

But, Akshay Kumar as Jagdishwar Mishra is the raison d'etre of this film. Though he is too old to play a novice and a bit unconvincing while indulging in buffoonery, he nevertheless carries the film squarely on his shoulders exuding star charisma.

Huma Qureshi as his whisky-drinking and Gucci-wearing wife Pushpa Pandey is competent. But her character is an appendage to the plot which offers nothing but a wholesome appeal to Jolly's character.

With excellent production values and good cinematography, the film is a typical Hindi blockbuster with an easy going demeanour. Nevertheless, the film is an entertainer.