An unconventional-quirky track, 'Para Para' is crooned by Arun Dev Yadav and composed by Rachita Arora. 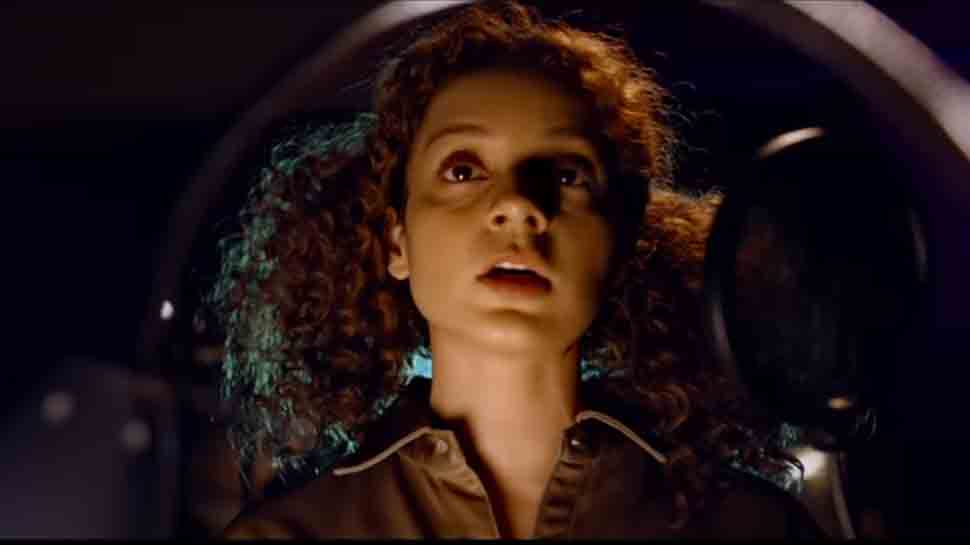 New Delhi: Actors Kangana Ranaut and Rajkummar Rao, who have reunited for the second time for quirky dark comedy 'Judgementall Hai Kya' are all geared up for the film to arrive in theatres. The film raised quite an eyebrows over its earlier title 'Mental Hai Kya' before finally, it underwent a change. The movie is high on the buzz word and has got fans eagerly waiting for it.

On Wednesday, the makers unveiled the second song from the film, titled 'Para Para', adding more to the excitement to fans.

In the song, Kangana channels her inner stalker and goes after Rajkummar Rao like an 'obsessive' chaser. Kangana, who plays a voiceover artist Bobby, seems to be on a mission to expose Rajkummar and follows him secretaly whereever he goes. Rajkummar, who plays Keshav in the film, is seen asking his friend on how to avoid Bobby, who advises him to leave for hills with his girlfriend. However, little did Rajkummar and his friend knew that Bobby is not someone who would forget and pull out of her mission.

An unconventional-quirky track, 'Para Para' is crooned by Arun Dev Yadav and composed by Rachita Arora. The lyrics have been penned by Prakhar Varunendra and it will surely leave you hooked for a while.

The trailer of the film, which was unveiled on July 3, showed Kangana (Bobby) and Rajkummar (Keshav) as next door neighbours and murder suspects. While Bobby appears to be clearly unstable, Keshav is a smooth talker and 'way too normal'. Very soon, Bobby and Keshav are pitted against each other as they attempt to clear their names of the crime.

'Judgementall Hai Kya' has been backed by Balaji Motion Pictures. The psychological-thriller is produced by Ekta Kapoor and directed by Prakash Kovelamudi. Besides Kangana and Rajkummar, the film also features Amyra Dastur, Hrishitaa Bhatt, Vikrant Massey and Jimmy Sheirgill to name a few.

The film will arrive in theatres on July 26 and will face a clash with 'Arjun Patiala'.

'Gully Boy', 'Andhadhun' up for honours at Melbourne