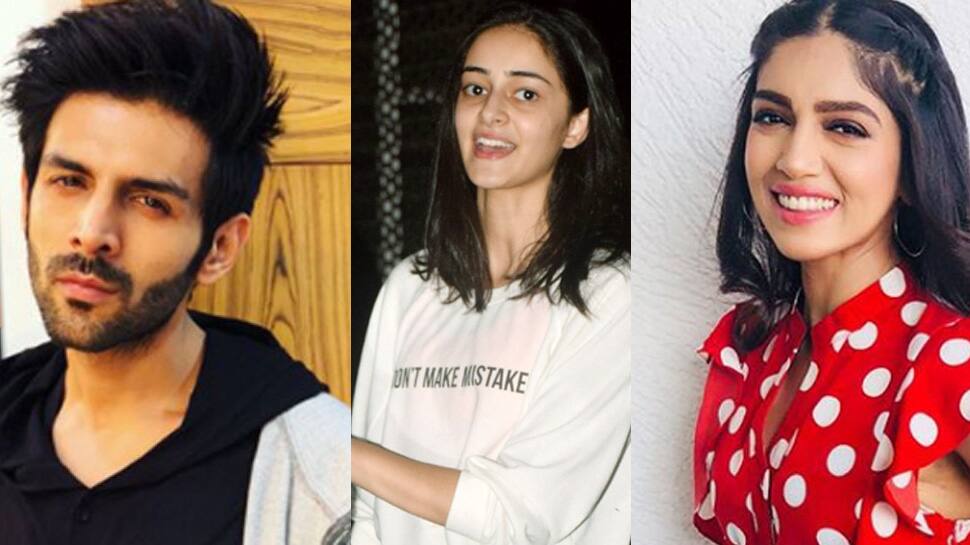 Production houses, T-Series and BR Studios, had recently shared that they will be coming together for a multiple film deal.

First out of the association is "Pati Patni Aur Woh".

Kartik will be seen sharing screen space with Bhumi and Ananya for the first time.

Producers Bhushan Kumar, Juno Chopra and Abhay Chopra who last produced "Bhoothnath Returns" are glad to have come back together for this film directed by Mudassar Aziz.

"We had a great synergy with BR Studios when we worked on 'Bhoothnath Returns' a few years ago. We are happy to produce 'Pati Patni Aur Woh' with them," Bhushan Kumar of T-Series said in a statement.

"Juno, Abhay and Mudassar have given an interesting tweak to the story that matches today's times. Kartik, Bhumi and Ananya are new age actors who are talented and add their spark to the story.

"We have worked with Kartik in 'Sonu Ke Titu Ki Sweety' and we are glad that we are working again. Bhumi has proven what a fantastic actor she is while Ananya is new, but audiences will fall in love with her. The film will so have great music," he added.

Commenting on this, Juno Chopra of BR Studios said: "'Pati Patni Aur Woh' was widely accepted when it was released and we believe that the subject still has the power to draw the audience to the theatres.

"We have treated it with a modern touch now and have a fantastic team to take our vision forward."

The film goes on floors in February.

Meanwhile, actress Taapsee Pannu said in an interview that she had been dropped from the film and was not given a proper explanation for it.

Soon after this, a joint statement from Bhushan Kumar and Juno Chopra was released on Thursday.

"When a script is locked, every director or producer approaches actors for the casting of the film, it is a basic protocol followed by almost all filmmakers.

"Similarly, for our upcoming project - 'Pati Patni Aur Woh', we reached out to many actors, who we thought could be our potential protagonists in the film.

"The versatile actress Taapsee Pannu was one of the many actresses we had approached for one of the leading ladies in the film."

However, the producers had "never made any commitment to her. We would like to clarify that our casting was purely done on the basis of who suited the characters to the tee".

They also praised Taapsee and called her "an extremely talented actress" and shared that the producers would love to work with her in future.

I thought 'Uri: The Surgical Strike' would be a great start: Manasi